The mayor of London has pledged to convene an independent commission that will report on the feasibility of cannabis decriminalization in the UK’s capital, if he’s re-elected in the upcoming mayoral elections.

Mayor Sadiq Khan of the Labour party said the drugs commission would review the possible health, economic and criminal justice implications of the move, but ruled out considering other drugs such as cocaine and heroin for decriminalization. Under the UK’s drug laws, cannabis is considered a class-B substance, while cocaine and heroin are class-A meaning they incur stiffer punishments.

In announcing the commission, Khan cited widespread support for marijuana legalization in London, with some polls finding nearly two-thirds of the capital’s residents are in favor of the move. Across the UK, a Survation survey reported nearly half of UK residents also support cannabis legalization, with only 30 percent against the move.

“It’s time for fresh ideas about how to reduce the harms drugs and drug-related crimes cause to individuals, families and communities,” Khan said in a press release. “The commission will make recommendations focusing on the most effective laws to tackle crime, protect Londoners’ health, and reduce the huge damage that illegal drugs, including cannabis, cause to our communities and society.” 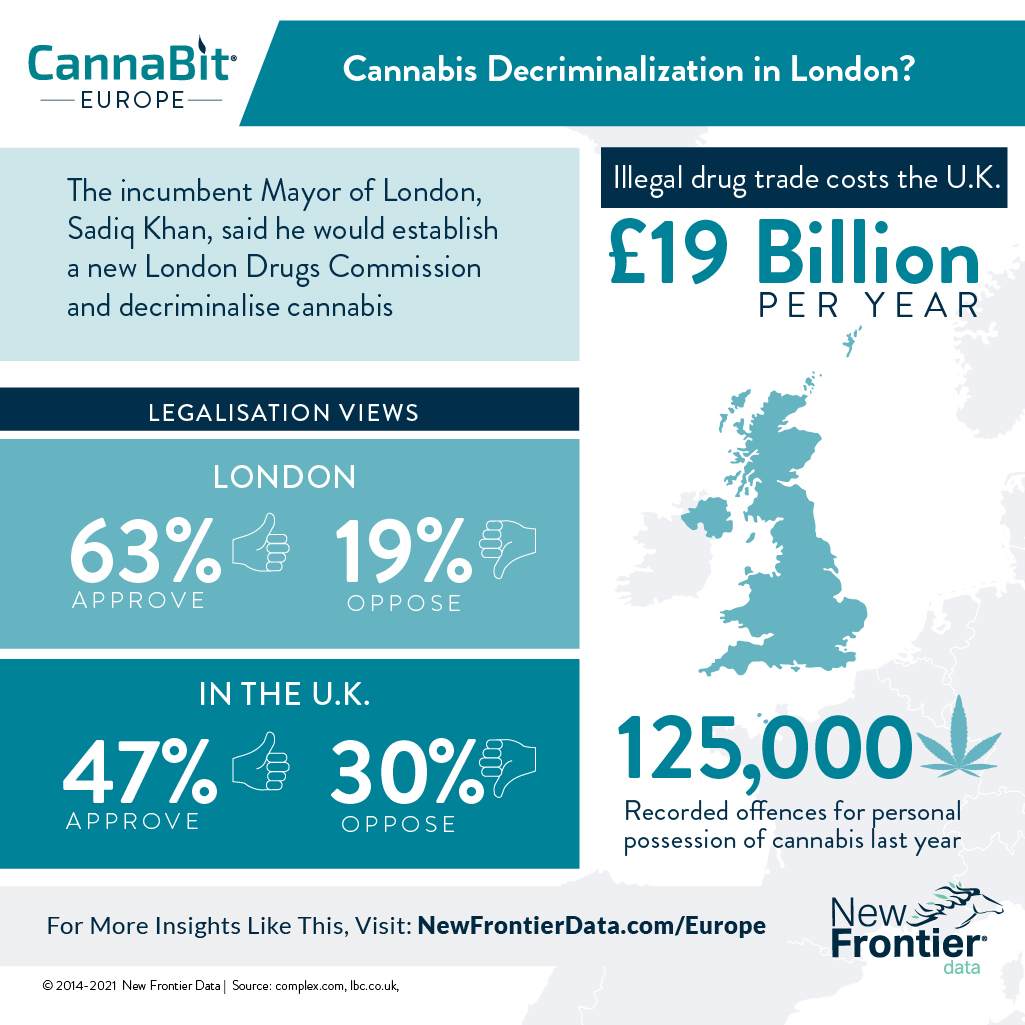 The mayor’s office goes on to state that the illegal drug trade costs the UK taxpayer around £19 billion each year, while 41,900 people in England and Wales, many of whom are young, were charged for low-level drug offenses last year.

While Khan does not have the power to introduce new laws, should the commission recommend cannabis decriminalization it will put pressure on Labour’s leader Keir Starmer to consider the move as part of his party’s platform. Recently, Starmer said he believed the UK’s drug laws were “roughly right” although he indicated he was open to discussing possible changes.

Details about the commission remain scant, but it’s believed the panel would include a broad cross-section of independent experts and actors from the fields of health, politics, community groups, criminal justice and academia, who would be encouraged to look at the examples taken by other countries such as Portugal, which decriminalized all drugs in 2001. The commission would also likely consider the experiences of countries that have legalized marijuana, such as Canada and Uruguay, as well as the states in the US that have reformed their marijuana laws. The commission would also review the effectiveness of the UK’s current approach towards marijuana, and provide recommendations for London City Hall, the UK government, the police force, the criminal justice system, as well as the country’s health service and addiction treatment centers.

A 2019 health commission convened by the Commons – the UK’s lower parliamentary chamber – also looked at the issue of the country’s drug laws and recommended the government consult further on decriminalizing possession of all drugs for personal use. It argued decriminalization could feature as part of a health-based approach to drugs and would result in less harm than the current criminal justice approach.