Louisiana’s medical marijuana program permits use of non-smokable cannabis purchased from a pharmacy. Each registered patients’ possession limit is determined by their physician and they may possess up to a one-month supply at any time. Recreational use is illegal. 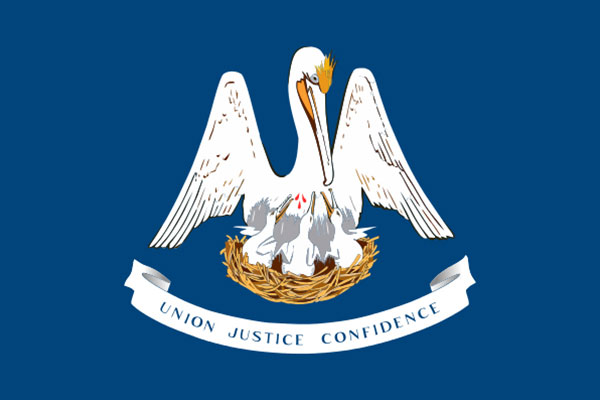 With the fifth highest arrests rate in the country for marijuana crimes, residents of this state should familiarize themselves with the local laws. Marijuana use is allowed for medical purposes in Louisiana, but any other possession, distribution, and cultivation is illegal. Weight limits for possession are unusually high.

It is an unclassified criminal offense in Louisiana to possess any amount of marijuana less than 60 pounds. The maximum penalty on a first offense is 15 days in jail and $300 in fines when the amount is less than 14 grams. For first-time offenders possessing between 14 grams and 2.5 pounds, the maximum penalty is 6 months in jail and $500 in fines.

When the amount possessed is between 2.5 pounds and 60 pounds, the punishment includes a mandatory minimum of 2 years in prison, a maximum of 10, and fines of up to $30,000.

Any possession of more than 60 pounds of cannabis is a felony. For amounts of between 60 and 2,000 pounds, the mandatory minimum is 5 years, the maximum possible sentence is 30 years, and a top fine of $100,000 applies.

It is also an unclassified offense under Louisiana law to give or sell marijuana to a minor, a crime punishable by at least 5 years in prison and as many as 45, plus $100,000 in fines. On a subsequent offense, the minimum prison term is 10 years, the maximum is 90 years, and a fine of $200,000 is possible.

Hashish, hash oil, and other marijuana concentrates are treated the same as marijuana flower. That means the same weight limits and penalties apply.

Louisiana signed a medical marijuana bill into law in 2016, although the program is not yet operational. The law will only allow non-smokeable forms of marijuana.

HOME CULTIVATION:
No. Medical cannabis will be cultivated by two companies selected by the LSU and Southern University agricultural centers.

The following Louisiana lawyers are actively involved in the practice of cannabis law: 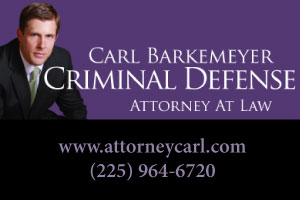