Though recreational use is illegal, patients may register for medical marijuana through the state’s Medical Cannabis Program and Registry. Forms are restricted to ingestibles, topicals, and vaporization cartridges. Possession limits allow up to a 30-day supply as determined by the pharmacist. 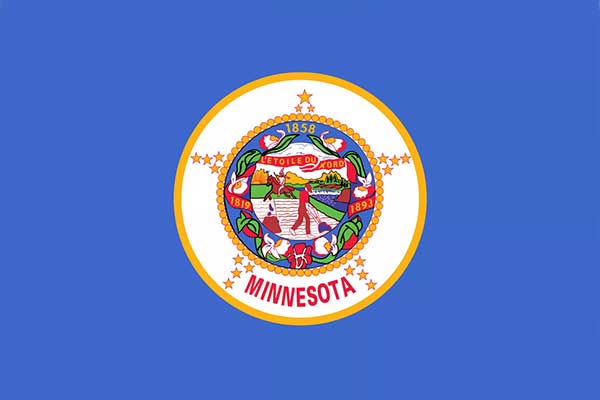 Marijuana is illegal for recreational use in Minnesota, but it is allowed for various medical uses.

Cannabis is decriminalized in Minnesota, so possession of up to 1.5 ounces for personal use will result in no more than a $200 civil fine. Since the offense is a non-criminal petty misdemeanor, there is no permanent legal record and no probation, though some repeat offenders may be directed to drug education classes.

It is also a petty misdemeanor to carry up to 1.4 grams of marijuana inside a vehicle (except the trunk), while transporting more than that amount is a misdemeanor punishable by up to 90 days in jail and a $1,000 fine.

The maximum sentence for possession of between 50 and 100 kilograms is a 25-year prison term and $500,000 in fines. And getting caught with more than 100 kilograms can result in a maximum 30-year term and $1 million in fines.

Sale of marijuana is also illegal under any circumstances, unless the seller is a medical dispensary licensed by the state.

It is a petty misdemeanor to gift up to 1.5 ounces without remuneration (meaning nothing else of value changes hands). As with simple possession, the top penalty is a $200 ticket.

But sale of anything more than 1.5 ounces is a felony. If the weight is between 1.5 ounces and 5 kilograms, the crime comes with a maximum penalty of 5 years in prison and $10,000 in fines.

Selling any amount of marijuana to a minor is a felony with a maximum penalty of 20 years in prison and $250,000 in fines. Selling within a school zone carries a penalty of as many as 15 years in prison and $100,000 in fines. The school-zone penalty increases to a possible 25 years imprisonment and $500,000 for amounts of between 5 and 25 kilograms.

Offenders who sell more than 25 kilograms of cannabis in a school zone can be sent to prison for 30 years and fined $1 million.

Penalties for hashish and marijuana are generally treated equally under the law.

Cultivation of marijuana is treated the same as possession in Minnesota, based on the aggregate weight of the plants seized.

Use, possession and sale of marijuana paraphernalia are misdemeanors in Minnesota. Paraphernalia includes any items intended for use with the cultivation, growing, harvesting, processing, storing, analysis, testing, or use of marijuana.

Possession and use. It is a petty misdemeanor to use or possess marijuana paraphernalia in Minnesota, subject to a maximum $300 fine.

Sale and distribution. The sale or advertisement of paraphernalia is a misdemeanor, punishable by a fine not to exceed $1,000.

Sale to a minor. Delivery of paraphernalia to a minor is a gross misdemeanor punishable by a fine not to exceed $3,000 and a maximum sentence of imprisonment of up to 1 year.

Minnesota’s medical marijuana law was signed into law by Gov. Mark Dayton in 2014. The law removes criminal penalties for the medicinal use of marijuana by qualifying patients.

The following Minnesota lawyers are actively involved in the practice of cannabis law: 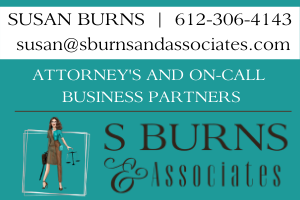