Virginia residents should be aware that possessing more than an ounce of marijuana can result in harsh criminal penalties. Possessing less than an ounce for personal use, however, has now been decriminalized. The only other purpose for which cannabis is allowed is the use of non-psychoactive CBD for intractable epilepsy.

Virginia Gov. Wants to Accelerate Legal Marijuana Possession and Cultivation to This Summer

Possession of small amounts of cannabis for personal use has been decriminalized in Virginia. Any other possession or use, aside from the use of non-intoxicating CBD, can result in criminal charges. Felony weight limits are among the lowest in the nation, and penalties for serious offenses are especially harsh, with life imprisonment possible.

It is legal in Virginia to possess non-intoxicating CBD preparations for restricted medical use. Possession of up to one ounce of cannabis for any other purpose has been decriminalized, and is now considered a civil violation subject to a $25 fine.

Possession of larger amounts is automatically treated as possession with intent to distribute, a felony trafficking offense.

Any sale of marijuana is a felony. If the weight is between half an ounce and five pounds, there is a mandatory minimum sentence of one year in jail, a maximum of 10 years in prison, and a top fine of $2,500.

If the amount is between five pounds and 100 kilograms, the penalty increases to at least five years in prison, as many as 30, and up to $1,000. If the weight is greater than 100 kilograms, a penalty of 20 years to life in prison applies, in addition to a maximum fine of $100,000.

Selling cannabis to a minor who is at least three years younger than the seller carries a minimum penalty of two years in prison, a maximum of 50 years, and up to $100,000 in fines. The penalty for sale within 1,000 feet of a school or school bus stop is at least one year in jail, as many as five years in prison, and a top fine of $100,000.

Virginia applies especially harsh penalties to hashish, hash oil, and other cannabis concentrates. Any concentrate offense is treated as a felony.

Possession is punishable by between one year in jail and 10 years in prison, plus fines of up to $2,500. Making, selling, gifting, distributing, or possessing marijuana with intent to distribute it carries a penalty of five to 40 years in prison and $500,000 in fines.

Transporting more than one ounce of hash oil into Virginia also carries a prison term of five to 40 years, but the maximum fine is $1 million. Penalties increase with subsequent offenses.

Virginia bans marijuana paraphernalia unless it is intended, marketed, and used only for legal purposes. Paraphernalia in the state includes any items used in the cultivation, harvesting, processing, testing, analysis, storage, inhaling, ingesting, or otherwise introducing marijuana to the body.

Sale and distribution. While simple possession is not criminalized, sale or possession with intent to sell is a misdemeanor with a top penalty of one year in jail and $2,500 in fines.

Sale to a minor. Sale of paraphernalia to a minor at least three years younger than the seller is a class 6 felony and carries a maximum of one year in jail and $2,500.

It is a felony to maintain a fortified drug house, with a penalty of between one year in jail and 10 years in prison.

Marijuana convictions will result in suspension of driving privileges for six months.

Virginia passed CBD legislation which prevents patients from being prosecuted for the medicinal use of CBD oil.

QUALIFYING CONDITIONS:
Intractable epilepsy, and any other diagnosed condition.

The possession of such products is not legal under state law, but is eligible for an affirmative defense from criminal prosecution. Read the full law her

The following Virginia lawyers are actively involved in the practice of cannabis law: 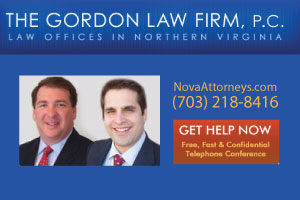 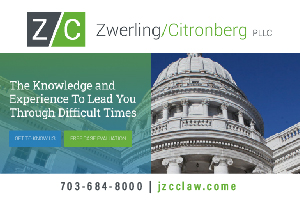