Medical marijuana use is legal for registered patients, though they do have restrictions. Patients may possess up to 2.5 ounces purchased from a dispensary, but can not gift or grow marijuana in their home. Though only registered medical marijuana patients may consume cannabis, possession of under 14 grams has been decriminalized for the general public. 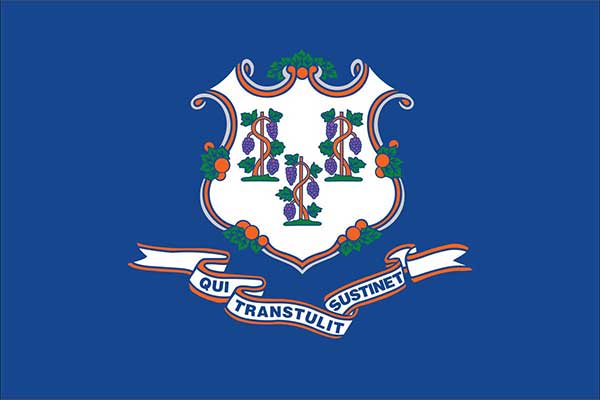 Connecticut marijuana laws allow use of the drug for medical purposes, while recreational use has been decriminalized. Distribution and cultivation are illegal, as is any form of cannabis concentrate. Paraphernalia is likewise illegal.

Possession of less than half an ounce of marijuana on a first-time offense comes with a civil penalty of $150. For subsequent offenses, the fine increases to $200 – $500.

Possession of more than half an ounce of marijuana is punishable by a prison term of no more than 1 year, and a fine of up to $2,000.

Possession within 1,500 feet of a school or daycare center will be punished by imprisonment and a probation term involving community service.

Where more than 1 kilogram is involved, there is a mandatory minimum of 5 years in prison, a maximum of 20 years, and up to $25,000 in fines. Subsequent charges are subject to a longer minimum sentence, 10 years, a maximum prison term of 25 years, and a possible $100,000 in fines.

Non-violent offenders may have the mandatory minimum sentence overturned if a particular reason is provided and accepted by the court.

Three years are added to the prison sentence for distribution or cultivation of cannabis within 1,500 feet of a school, public housing project, or daycare center. Sale by an adult to a minor is punishable by an extra 2 years in prison.

CT marijuana laws treat concentrated forms of the drug, including hashish, the same as flower. That means no special penalties are imposed for possession, cultivation, or distribution of concentrates. But like all forms of marijuana, they are illegal for recreational use.

Distribution of paraphernalia or possession with intent to deliver is punishable by up to a year in prison and a max. $2,000 fine.

An extra year is added to the sentence for distributing or possessing paraphernalia within 1,500 feet of a school.

Any item used for the cultivation or distribution of marijuana is subject to forfeiture.

The law was signed into law in 2012, allowing qualifying patients to use medical marijuana to treat a long list of conditions. Qualifying patients must register with the Department of Consumer Protection before engaging in the palliative use of marijuana. Patients in Connecticut must be aged 18 or older. “Prison inmates, or others under the supervision of the Department of Corrections, would not qualify, regardless of their medical condition.”

CAREGIVERS:
Yes. A qualifying patient may have no more than one primary caregiver at a time.

The following Connecticut lawyers are actively involved in the practice of cannabis law: 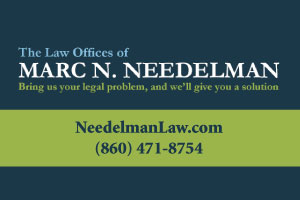