Cannabis is legal for recreational and medical uses in Rhode Island. Adults 21 and older are permitted to: 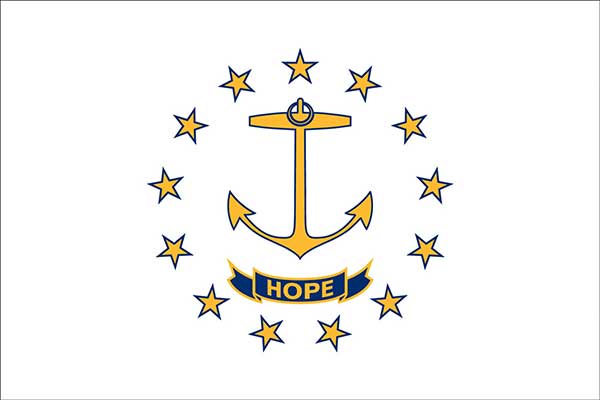 Marijuana Is Now Legal for Adults in Rhode Island

Marijuana was legalized for all purposes in Rhode Island by the Rhode Island Cannabis Act, which was signed into law in May, 2022.

Marijuana possession is capped at one ounce for adults in public but it is legal to store up to ten ounces at home, of which a maximum of five grams can be concentrates.

Individuals with marijuana possession convictions concerning these amounts or less will have their records automatically expunged, and may petition the courts to have this process expedited.

Possession of between ten ounces to one kilogram in public is considered a misdemeanor, punishable by up to one year in jail and a maximum $500 fine.

Penalties for marijuana possession with intent to distribute may be doubled if the offense occurs within 300 yards of a school.

Unlicensed sales of cannabis is a crime in Rhode Island but under the state’s marijuana legalization law gifting up to one ounce is permitted, as is home cultivation of up to six plants.

Sales or cultivation between one ounce and one kilogram is a felony subject to a maximum sentence of 30 years in prison and a maximum fine of $100,000.

If the sale involves a minor at least three years younger than the seller then there is an additional penalty of between two and five years in prison as well as a maximum fine of $10,000.

If the offense occurs within 300 yards of a school, these penalties may be doubled.

Rhode Island’s recreational marijuana legalization law allows for possession of up to five grams of concentrates. Otherwise, hashish, hash oil, and other cannabis concentrates are treated the same as marijuana flower under state law.

Marijuana paraphernalia is banned in Rhode Island unless it’s intended, marketed, and used solely for legal purposes. Otherwise, manufacture, sale, delivery, or possession are unclassified offenses with a top penalty of two years in prison and $5,000 in fines. Delivery of drug paraphernalia to a minor is also an unclassified offense and comes with a maximum punishment of 5 years in prison and $5,000.

Paraphernalia includes any items intended for use with the cultivation, processing, harvesting, testing, analysis, storage, inhaling, ingesting, or otherwise introducing of marijuana to the body.

For adults 21 and older, it is legal to consume cannabis anywhere that cigarette smoking is permitted, though this can change should local jurisdictions adopt ordinances prohibiting the practice.

Rhode Island’s medical marijuana law became effective in 2006, allowing the medicinal use, possession and cultivation of cannabis for qualifying patients.

PATIENT POSSESSION LIMITS:
Two and a half ounces

HOME CULTIVATION:
Yes. Up to 12 mature plants and 12 seedlings are permitted within an indoor facility.

Two or more cardholders are permitted to cooperate in the cultivation of cannabis in residential/non-residential locations subject to the following:

STATE-LICENSED DISPENSARIES:
Yes, no more than nine are allowed

CAREGIVERS:
Yes. Caregivers must be aged 21 or older and a primary caregiver may assist no more than five qualifying patients at any one time.

RECIPROCITY:
Yes. Patients with a debilitating medical condition and a registry identification card are permitted to engage in the medical use of cannabis.

The following Rhode Island lawyers are actively involved in the practice of cannabis law: