Marijuana is legal for patients and adults 21 and older. Both may possess up to 10 ounces of cannabis at home and less than 1 ounce in public. Any adult can cultivate up to 6 flowering plants per person. 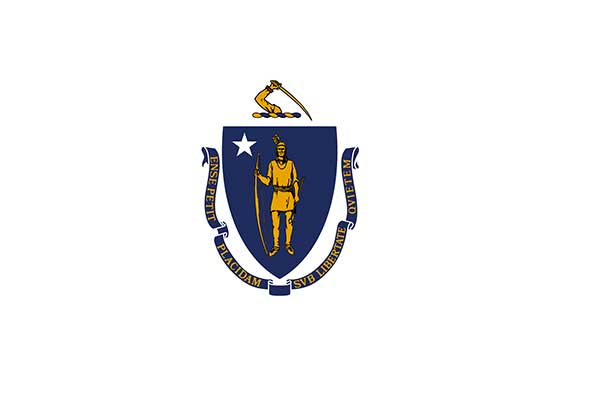 Are States that Legalized Marijuana Living Up to Their Social Equity Goals?

Are States that Legalized Marijuana Living Up to Their Social Equity Goals?

Voters in Massachusetts legalized the recreational use of marijuana for adults 21 and older at the ballot in 2016. It is now legal to possess up to 1 ounce in public, and up to 10 ounces at home. Gifting and home cultivation are also permitted.

It is legal for adults 21 and older to possess marijuana for recreational use in Massachusetts. Possession by a minor is not permitted. The laws allows adults to carry up to 1 ounce of marijuana, or 5 grams of marijuana concentrates, in public without penalty, but possession of more than that is punishable by fines and imprisonment.

Possession of more than 1 ounce, on a first offense, comes with a maximum penalty of 6 months’ incarceration and $500 in fines. On a subsequent offense, the top penalty increases to 2 years in prison and fines of $2,000.

Possession limits are much higher when within one’s own residence; adults are allowed to possess up to 10 ounces.

Gifting cannabis is also allowed, up to a point. Massachusetts law allows adults to gift 1 ounce of marijuana to another adult aged 21 or older.

With intent to distribute

Possession with intent to distribute up to 50 lbs of marijuana comes with a maximum penalty of 2 years in prison and $5,000 in fines on a first offense. For subsequent offenses, the penalty increases to 1 to 2.5 years in prison and fines of $10,000.

Possession of cannabis with intent to distribute within 300 feet of a school, or within 100 feet of a public park, is a felony that comes with heavy penalties. It’s punishable by between 2 and 15 years in prison and $10,000 in fines.

It is likewise a felony to cause or induce someone under 18 years old to commit an offense, with a maximum penalty of 15 years in prison and $100,000 in fines.

Like in any other state with legal marijuana laws, public consumption of the drug is completely banned; that includes parks, public streets, and sidewalks. If you decide to smoke up in public, be prepared to pay a $100 civil fine.

Residents of Massachusetts are permitted to grow up to 6 cannabis plants at home, and a maximum of 12 per household applies when more than 1 adult live in a single residence. Cultivation of any more than this can result in civil fines, or even criminal charges. A condition of the law dictates that marijuana plants may not be grown within plain view of the street or another public area.

A note for tenants: landlords can prohibit marijuana cultivation in their property.

It is legal for adults to possess up to 5 grams of marijuana concentrates in Massachusetts. Possessing between 5 grams and 1 ounce is a civil offense, punishable by a maximum $100 fine. The penalties get steeper when the weight involved more than an ounce; the maximum penalty is 1 year in jail and $1,000 in fines.

Selling, possessing, or purchasing marijuana paraphernalia is legal in Massachusetts, unless the recipient is under 18 years of age. The penalty for selling to a minor is between 3 and 5 years in prison and up to $5,000 in fines.

Just like before the legalization measure took effect, you are not allowed to drive a car under the influence of cannabis. Police are allowed to pull over a car and issue a citation if they can see the driver or a passenger smoking. And similar to the law banning open containers of alcohol in vehicles, open containers of marijuana are not permitted, either.

The laws apply whether a vehicle is in motion or not, and you can face fines of up to $500. Possession of up to one ounce is allowed, as long as it is in a secured container.

Massachusetts legalized the medicinal use of marijuana by way of ballot initiative in 2012.

PATIENT POSSESSION LIMITS:
A maximum of 10 ounces every two months

STATE-LICENSED DISPENSARIES:
Yes. No more than 35 state-licensed dispensaries are permitted

CAREGIVERS:
Yes. qualifying patients are allowed to list a personal caregiver to cultivate marijuana for them if they are unable to access a state-licensed dispensary or if they can prove “financial hardship.” Personal caregivers must be aged 21 or older.

The following Massachusetts lawyers are actively involved in the practice of cannabis law: 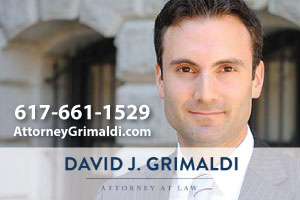