Do you live in Wyoming? If so, you should learn your state’s marijuana laws.  Medical CBD is permitted for people with epilepsy, but use of marijuana for any other purpose is a crime.

Wyoming allows the limited medical use of non-intoxicating CBD oil. All other possession, cultivation, and sale of marijuana is prohibited, and penalties are relatively harsh.

Marijuana possession is illegal under any circumstances, and the drug has not been decriminalized.

Possession of 3 ounces or less is a misdemeanor punishable by up to one year in jail and $1,000 in fines. Possessing more than three ounces is a felony with a maximum penalty of five years in prison and $10,000 in fines.

Wyoming is one of only a handful of states that punish the actual use of marijuana. Being under the influence is a misdemeanor and carries a maximum of six months in jail and $750 in fines. Any possession crime committed within 500 feet of a school carries an additional $500 fine.

It is likewise illegal to sell or distribute cannabis. Any amount is treated as a felony and is punishable by up to 10 years in prison and $10,000 in fines. Cultivation of any amount is a misdemeanor with a top punishment of six months in jail and a $1,000 fine. Double penalties apply to subsequent offenses, sale to a minor, and offenses committed within a drug-free zone.

Wyoming law treats hashish and other marijuana concentrates differently than regular bud. It is a misdemeanor to possess 0.3 grams of concentrate or less, and the maximum is one year in jail and $1,000. Possessing more than 0.3 grams is a felony and carries a top sentence of five years in prison and $10,000.

Cannabis paraphernalia is banned under Wyoming law unless marketed, sold, and used exclusively for legal purposes, such as tobacco smoking. Paraphernalia includes any items used in the cultivation, harvesting, manufacture, testing, analysis, storage or introducing of marijuana to the body.

Possession or possession with intent to use cannabis paraphernalia is an unclassified crime. The maximum penalty is 6 months in jail and potential fines of $750.

Wyoming’s CBD legislation removes state-level criminal penalties for the use and possession of cannabis extracts which are low in THC and high in CBD for qualifying patients. The law does not permit in-state cultivation or production.

The following Wyoming lawyers are actively involved in the practice of cannabis law: 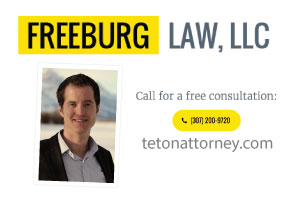 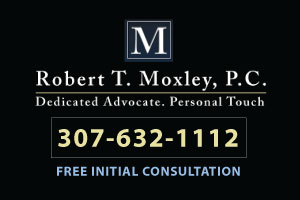