A Wyoming House committee approved a comprehensive bill that would legalize recreational marijuana and establish a regulated cannabis market in the Cowboy State.

The House Judiciary Committee voted 6-3 in favor of HB 209 after about four hours of testimony, with the measure now headed for the House of Representatives for further deliberation. The bill’s lead sponsor, Rep. Jared Olsen (R-Cheyenne), modeled the legislation on the marijuana legalization proposal in Virginia that looks set to pass into law. In presenting his bill, Olsen said this was an opportunity for Wyoming lawmakers to take control of its marijuana laws, with federal cannabis decriminalization looking increasingly likely this year.

“Then who decides what the regulation of marijuana is like in Wyoming?” Olsen asked.

Under Wyoming’s marijuana laws, any use of cannabis except medical CBD for epilepsy patients is prohibited with the threat of criminal penalties.

Olsen’s bill, HB 209 would allow adults 21 and older to possess up to three ounces of marijuana flower or 30 grams of cannabis concentrate. Adults would be able to lawfully grow up to 12 mature marijuana plants for personal use, with 12 plants also the maximum per household. Existing penalties for driving under the influence and supplying to minors would remain unchanged, while towns and counties would reserve the right to refuse cannabis retailers in their jurisdiction.

The bill would impose a 30 percent sales tax on cannabis products, with a fiscal note attached to the measure stating this would generate $47 million for Wyoming’s state coffers in the first year of legal sales. Olsen proposes two-thirds of this money to go to the school foundation fund, with the remainder for the local government where the sales were made. 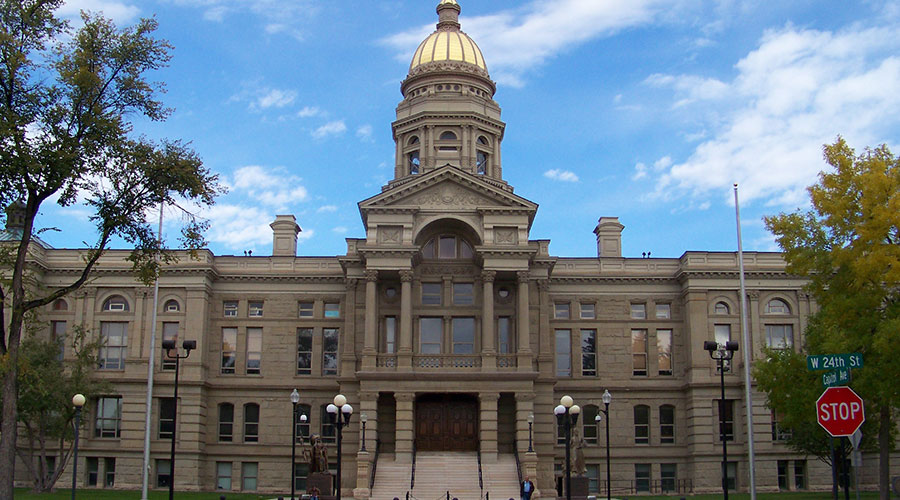 Other provisions of the bill detail the regulatory framework for various marijuana business operations, including retail dispensaries, commercial cultivators, distributors and lab test sites, with the Department of Agriculture taking responsibility for much of the administration of the legal market. Only Wyoming residents would be permitted to apply for a cannabis business license, with the text of the bill stressing applicants must be of “moral character.”

Olsen’s bill comes only a few months since a poll revealed a majority of Wyoming residents now favor adult-use cannabis legalization in the state. In 2014, only 34 percent backed such a move.

Nonetheless, HB 209 is expected to face stiff opposition. For starters, the committee hearing included well-worn lines about the supposed dangers of marijuana legalization, such as increased youth use, which aren’t backed up by facts. There were also some more unusual claims from Susan Gore, founder of Wyoming Liberty Group, who said the measure would lead to an “increase in damaged babies,” while Luke Niforatos of the anti-cannabis group Smart Approaches to Marijuana said cultivation would lead to the use of “a lot of chemicals that have killed a number of endangered species of spotted owls.”

Rep. Rachel Rodriguez-Williams (R-Cody) voted against the bill in the committee hearing “for the sake of preserving the Wyoming family unit,” while Rep. Dan Laursen (R-Powell) raised concerns about increased hospitalizations after legalization.