It is illegal to possess, use or grow marijuana for any purpose in Kansas. CBD tinctures and topicals containing 0% THC is legal, but smoking and vaping CBD flower is not permitted. The state’s police continue to pursue marijuana offenses that come with severe penalties for even first time offenders. Those charged with personal possession could face up to 6 months in prison and a $1,000 fine. 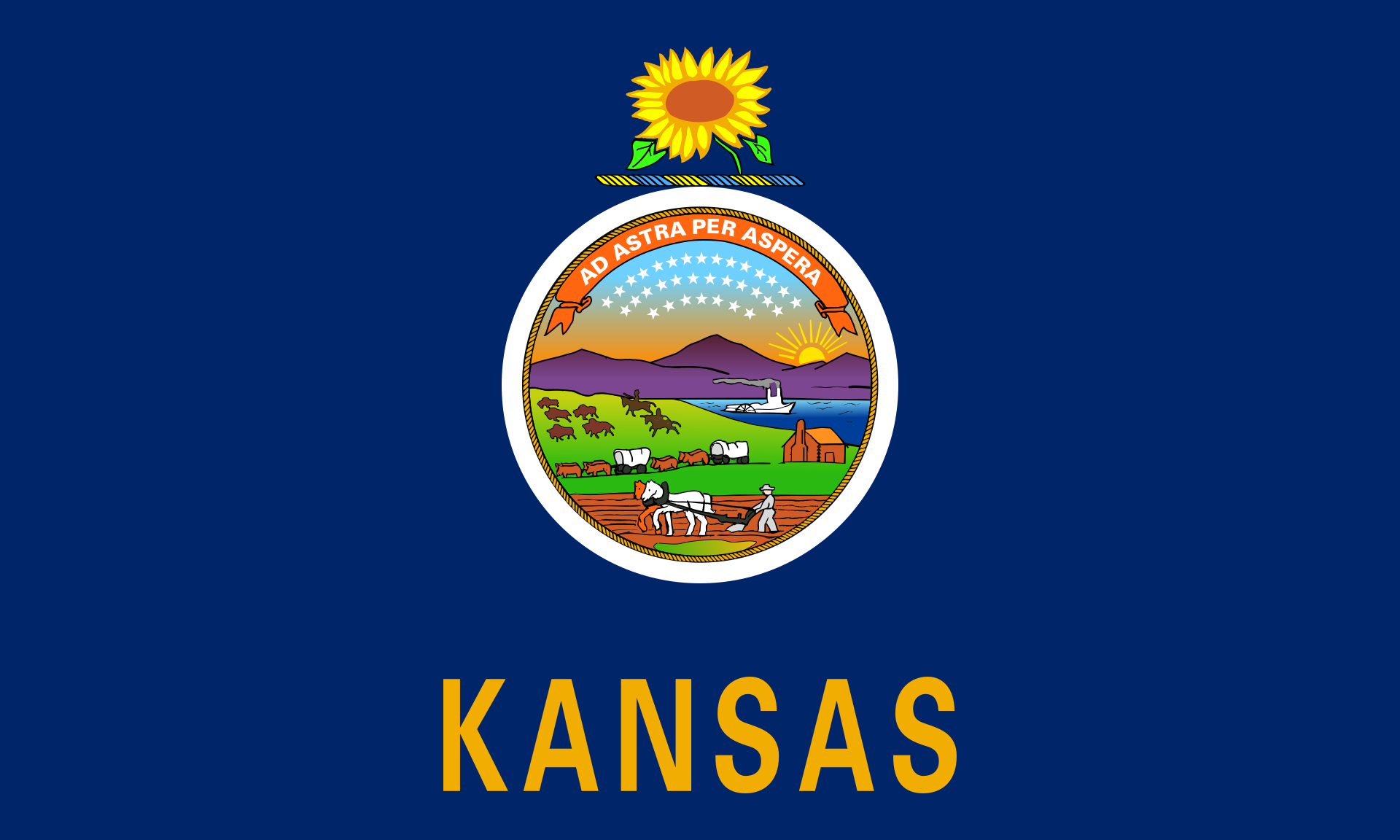 Anti-marijuana laws are particularly harsh in Kansas, where use of the drug is only permitted for limited medical use. The maximum penalties are highly punitive, including potentially massive fines.

Possession of any amount of cannabis is a misdemeanor, punishable by up to 6 months in jail and $1,000 in fines.

Any amount more than 450 grams is classed as possession with intent to supply, a felony punishable by anything from 10 months probation to 42 months in prison, depending on the severity of the charge, plus up to $100,000 in fines.

Sale, delivery, or trafficking of any amount of marijuana is a felony in Kansas, and punishments range substantially depending on the amount involved. For sale of less than 25 grams, penalties can include anything from 14 months probation to 51 months’ imprisonment, depending on the severity, plus possible fines of $300,000.

Growing more than 4 plants is a felony in Kansas. When between 4 and 50 plants are cultivated, the penalty is a minimum of 46 months in prison, a maximum of 83 months, and a maximum fine of $300,000

Cannabis concentrates, including hashish and hash oil, are treated the same as regular cannabis under Kansas law. That means the weight limits are the same and there are no increased penalties for possession, sale, distribution, or cultivation of concentrates.

Paraphernalia in Kansas includes any device used for the manufacture, cultivation, testing, analysis, storage, concealing, or introducing of cannabis to the body.

Possession of paraphernalia is a misdemeanor, subject to up to 1 year in jail and $2,500 in fines, when the equipment is used to store or ingest marijuana, or if the equipment allows cultivation of no more than 4 plants.

Possessing equipment allowing the cultivation of 5 or more plants, however, is a felony. The punishment can be anything from 5 months probation to 17 months in prison, plus fines of $100,000.

Kansas has legalized cannabidiol (CBD) by exempting it from the state’s definition of marijuana. This makes it legal to possess and sell CBD in accordance with state licensing laws.

The following Kansas lawyers are actively involved in the practice of cannabis law: