Possession of small amounts of marijuana is decriminalized in certain cities throughout the state, but recreational use remains illegal. Residents with qualifying conditions must obtain a  medical cannabis ID card to purchase and use medical marijuana. The possession limit for patients is a 30-day supply. Home cultivation for any purpose is a felony. 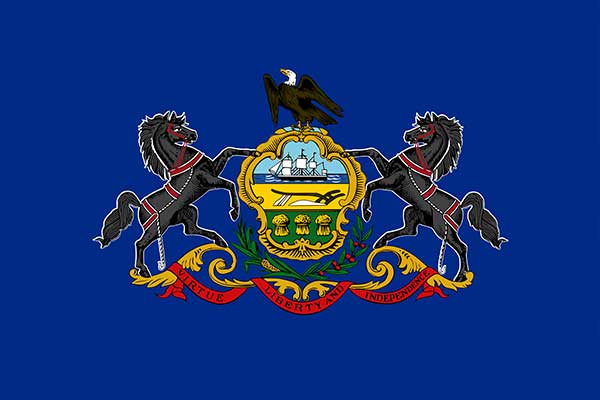 Pennsylvania marijuana law permits medical use for a long list of conditions, and while there is some local decriminalization, recreational use remains illegal in most places.

It is a misdemeanor to possess any amount of marijuana for personal use in Pennsylvania. The top penalty for possession of 30 grams or less is 30 days in jail and a fine of $500. If the amount is greater than 30 grams, the maximum punishment is 1 year in jail and $5,000 in fines.

First-time offenders are eligible for conditional release, but subsequent convictions can double the maximum penalties. Driver’s license suspension is imposed for any possession conviction.

Selling or distributing 30 grams of marijuana or less is a misdemeanor under PA marijuana laws as long as nothing else of value changes hands. The maximum sentence is 30 days in jail and $500 in fines. Sale or distribution of more than 30 grams is a felony, punishable by a minimum of 2.5 years in prison, and a maximum of 5 years and a $15,000 fine.

Selling or distributing any amount of cannabis within 1,000 feet of a school or within 250 feet of a playground carries between 2 and 4 years in prison. Selling or giving marijuana to a minor doubles the penalty, as does sale or distribution after a previous drug conviction.

Courts may increase maximum fines for selling marijuana in order to exhaust the proceeds of the sales. Offenders convicted of any sale or distribution crime are subject to a driver’s license suspension.

It is a felony to grow cannabis plants in Pennsylvania, regardless of the amount. The penalty is a prison term of between 2.5 – 5 years, plus $15,000 in fines. Cultivation offenders are subject to a driver’s license suspension.

Possession, use and sale of marijuana paraphernalia are all illegal in Pennsylvania, unless the paraphernalia is intended and used only for legal purposes, such as smoking tobacco. Paraphernalia includes any items used in the cultivation, harvesting, storage, analysis, testing, weight, or consumption of marijuana.

Possession and sale. Possession or sale of marijuana paraphernalia is a misdemeanor with a maximum penalty of 1 year in jail and $2,500 in fines.

Sale to a minor. If the sale is to a minor at least 3 years younger than the seller, the top punishment is 2 years in prison and $5,000 in fines.

Pennsylvania has medical marijuana laws in place for those suffering from a long list of conditions.

RECIPROCITY:
It does not violate state law “if a parent or guardian of a minor under 18 years of age lawfully obtains medical marijuana from another state, territory of the United States or any other country to be administered to the minor.”

The following Pennsylvania lawyers are actively involved in the practice of cannabis law: 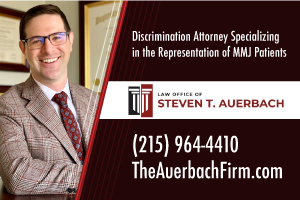