Medical marijuana and recreational use is legal. But, there’s a catch: only registered medical marijuana patients can legally purchase it. The general public can possess small amounts of cannabis without charge, and patients are allowed up to two ounces. Adults are legally permitted to cultivate 6 plants at home. 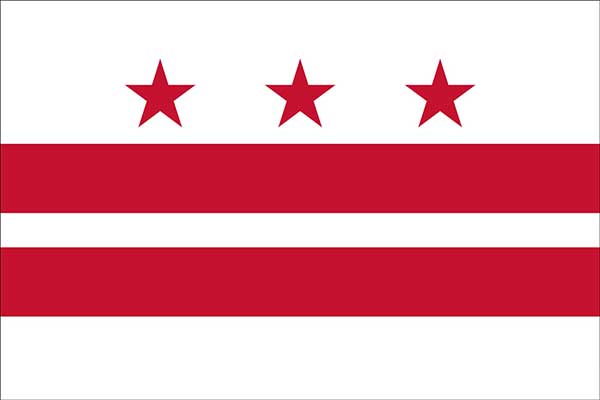 Cannabis is legal for both medical and recreational use in Washington, D.C. However, despite being able to legally possess and cultivate small amounts of cannabis, buying or selling it remains illegal.

Possession of up to 2 ounces of marijuana is allowed in the District. The law also permits gifting of up to 1 ounce as long as nothing else of value changes hands. Possession of more than 2 ounces, on the other hand, is a misdemeanor punishable by up to 6 months in jail and $1,000 in fines.

Cultivation, sale, distribution, and possession with intent to distribute any amount of marijuana greater than half a pound is punishable by up to 5 years in prison and a maximum fine of $50,000. Additional penalties are issued for any such offense committed by an adult over 21 that involves a child or teenager.

DC’s marijuana law does not specifically allow the possession of marijuana concentrates. Hashish is still considered a controlled substance, possession of which is subject to a potential 180 days in jail and a fine of up to $100. Manufacture of these substances is punishable by up to 5 years in prison and $50,000 in fines.

Possession and sale of cannabis paraphernalia are both legal for any person aged 21 or over in Washington, D.C.

Possession and use by a minor. Any possession of marijuana paraphernalia by a person under 21 years is subject to a penalty of up to 30 days in jail, and fines of up to $100.

Sale and distribution. Sale of paraphernalia is legal in D.C. Any person acting in violation of selling laws can be punished by up to 6 months in jail, $1,000 in fines, or both. For a subsequent offense, the penalty is up to 2 years in prison, a maximum $5,000 fine, or both.

The “Legalization of Marijuana for Medical Treatment Amendment Act of 2010” was signed into law in 2010, allowing qualifying patients access to marijuana. The program has since been amended allowing physicians to recommend the medicinal use of marijuana for any condition they feel will benefit from its use.

QUALIFYING CONDITIONS:
Any debilitating condition as recommended by a DC-licensed physician

STATE-LICENSED DISPENSARIES:
Yes. Medical dispensaries are permitted to grow up to 500 marijuana plants on site at any one time. Dispensaries can be operated by both non-profit and for-profit organizations.

CAREGIVERS:
Yes. A qualifying patient may designate a person as a caregiver authorized to possess, obtain from a dispensary, and help to administer medical marijuana. The caregiver must be at least 18 years of age and must be registered with the Department of Health as the patient’s dedicated caregiver.

The following DC lawyers are actively involved in the practice of cannabis law: