Nevada allows medicinal and recreational use of marijuana by adults 21 and older—though public consumption is illegal. Possession of up to one ounce and 3.5 grams of concentrates is permitted under law, and residents who live at least 25 miles from a dispensary can grow up to six plants. 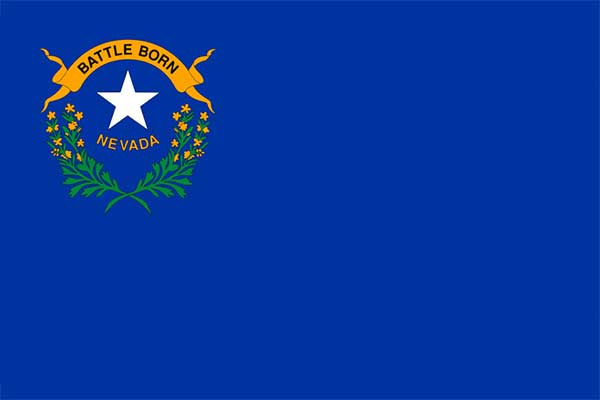 Nevada Cannabis Consumption Lounges Expected to Launch by End of 2022

Nevada Cannabis Consumption Lounges Expected to Launch by End of 2022

Possession of marijuana for personal use is legal in Nevada after 55 percent of voters approved ‘Question 2’ in November 2016 at the ballot.

It is legal for adults 21 and older to possess up to 1 ounce of marijuana and/or 3.5 grams of concentrates without penalty. Possession of more than 1 ounce is a misdemeanor, punishable by a maximum fine of $600. Possession or use of marijuana in a public place is a likewise a misdemeanor, also punishable by a maximum $600 fine.

Gifting up to 1 ounce of cannabis flower or 3.5 grams of concentrated marijuana is legal, as long as nothing else of value exchanges hands. Unlicensed distribution of larger amounts comes with serious penalties.

Distribution of between 1 ounce and 100 pounds is a felony, on a first offense punishable by between 1 and 4 years in prison, and up to $5,000 in fines. On a second offense, the maximum possible prison term increases to 5 years, and the potential fine increases to $10,000. For any subsequent offense, the prison term is between 3 and 15 years, and a $20,000 fine is possible.

Sale or distribution of any amount to a minor is also a felony, with a mandatory minimum of 5 years in prison, a maximum of life, and up to $20,000 in fines.

Growing cannabis is permitted in Nevada for people who live more than 25 miles from a marijuana dispensary, eliminating a large proportion of the state’s population. Those that qualify can legally cultivate up to 6 cannabis plants at home, with no more than 12 plants in a single shared residence. Plants must not be grown where they are “visible from a public place by normal unaided vision.”

Cultivation of more than 6 plants by an individual is a felony, and the maximum punishment is between 1 and 4 years in prison and $5,000 in fines. Penalties for larger amounts increase in line with distribution charges outlined above.

It is legal in Nevada to possess up to an eighth of an ounce (3.5 grams) of marijuana concentrates without penalty. Possession of any more than that can draw criminal charges.

Possession and use of marijuana paraphernalia by those aged 21 and older is legal in Nevada.

The medicinal use of marijuana was legalized in Nevada in 2000. The law allows the use, possession and cultivation of marijuana for patients who possess “written documentation” confirming that cannabis may alleviate their condition.

PATIENT POSSESSION LIMITS:
Two and a half ounces of usable marijuana, and/or a maximum amount of edible or infused products as regulated by state regulations.

HOME CULTIVATION:
Yes. 12 mature plants are allowed, and there are additional limits for patients residing within a 25-mile radius of an operating dispensary. Patients cultivating specific strains not available at a local dispensary are exempt from the additional limits.

CAREGIVERS:
Yes. A caregiver is a designated person responsible for the well-being of a patient suffering from a chronic or debilitating medical disease. Patients are only permitted to have one dedicated caregiver. Caregivers must be 18 years of age or older.

The following Nevada lawyers are actively involved in the practice of cannabis law: