Only medical marijuana use is legal in Delaware. Registered patients may possess up to 6 ounces, but are limited to the purchase of 3 ounces every 14 days from state-regulated compassion centers.

Bills legalizing adult-use haven’t made much progress, with the latest failing in the Statehouse in 2018. Possession of less than 6.2 ounces is considered a misdemeanor and less than 1 ounce is decriminalized state-wide. 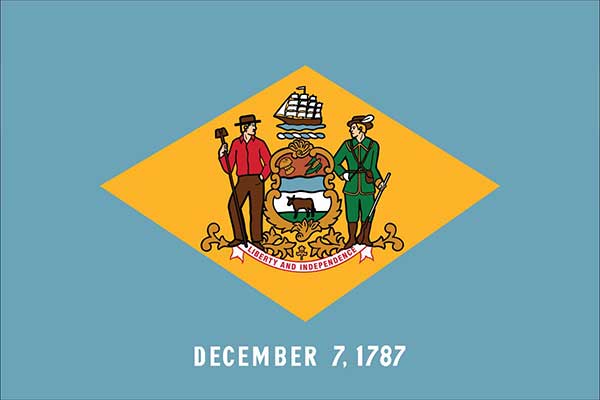 Delaware allows the medicinal use of marijuana by patients suffering from a range of medical conditions. Recreational use is not allowed, although personal possession of less than an ounce has been decriminalized.

Delaware’s decriminalization measure removed criminal penalties for small-time possession of cannabis. Those found in possession of up to 1 ounce receive no more than a civil penalty with a fine of $100.

Possession of any amount between 1 ounce and 175 grams is a misdemeanor, and the maximum penalty is 3 months in jail and $575 in fines. It is a felony when the amount possessed is more than 175 grams, and fines are at the discretion of the courts. For 175 – 1500 grams, the maximum prison sentence is 3 years.

For quantities between 1500 and 3000 grams, the maximum prison term increases to 5 years, and it increases further to 8 years for amounts between 3000 and 4000 grams.

Those caught with between 4000 and 5000 grams can face up to 15 years in prison, while the maximum sentence for any amount higher than that is 25 years.

It is a felony under Delware cannabis law to grow, manufacture, distribute, or sell any amount of marijuana, unless operating as a state-licensed medical dispensary. All charges come with jail time and a fine at the discretion of the court.

If the amount is less than 1500 grams, the maximum penalty is 8 years in prison, plus a fine. For amounts between 1500 and 4000 pounds, the prison term can be as many as 15 years. Cultivation, distribution, or sale of more than 4000 grams is punishable by a maximum of 25 years in prison, along with a sizeable fine.

Hashish and cannabis concentrates, including hash oil, vaporizer extracts, and tinctures, are treated the same as dried marijuana flower under marijuana law in Delaware. That means the same possession, cultivation, distribution, and sale limits apply.

Use, possession, sale and advertising of paraphernalia are all illegal under Delaware marijuana laws. This does not apply if the items are intended for alternative use, such as consumption of tobacco. Marijuana paraphernalia includes any items intended for use in the cultivation, harvesting, processing, analysis, testing, storage or use of cannabis.

Possession and use. Use, or possession with intent to use, is a civil violation when intended for use with less than 1 ounce of marijuana. The maximum penalty is a $100 fine.

When paraphernalia is possessed and used with more than an ounce of marijuana, the charge is a misdemeanor, punishable by up to 6 months in jail and $1,000 in fines.

Sale and delivery. Delivery of paraphernalia or possession of paraphernalia with intent to deliver it is a class G felony punishable by up to 2 years in prison. A fine is applicable at the discretion of the court.

Sale to a minor. Delivery of paraphernalia to a minor under 18 years old is also a felony and carries a maximum penalty of 3 years in prison. A fine is also possible.

First time offenders may be placed on probation instead of sent to prison or fined.

The Delaware medical marijuana law protects a patient from arrest when his or her physician has provided written certification that the patient suffers from a listed debilitating medical condition and would benefit from the use of marijuana. Patients must send a copy of this written certification to the Department of Health and Social Services, and an ID card will be issued following verification.

The following Delaware lawyers are actively involved in the practice of cannabis law: 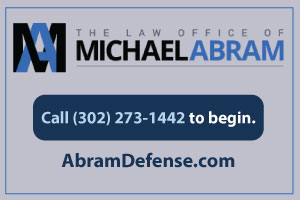