Curious about marijuana laws in Alabama? Here, recreational marijuana is illegal—possessing even a small amount of cannabis is a misdemeanor and intent to sell is a felony.

A conservative medical marijuana bill was approved by Gov. Ivey in May 2021, but the program is not yet operational. Once established, patients must verify residency and suffer from an approved condition that has not been well managed by other treatments to register with the Alabama Medical Cannabis Commission.

When dispensary sales begin, patients will be permitted to possess a 60-day supply of medical marijuana. Physicians will set daily supply limits for each patient not to exceed 75mg a day. Allowable forms do not include smokeables—only those used with inhalers or nebulizers, capsules, topicals, tinctures, transdermal patches, and suppositories. 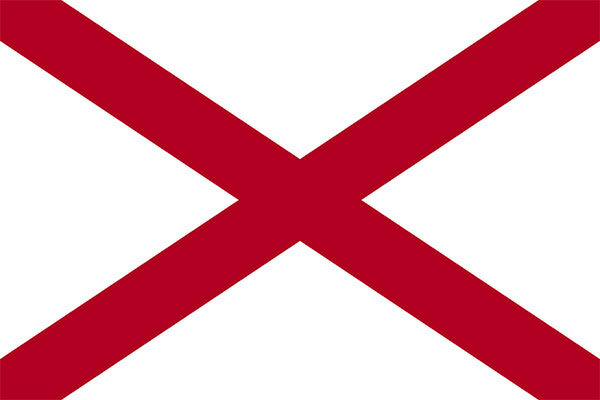 If you live in Alabama, you probably know that your state has some of the harshest marijuana penalties in the United States. Marijuana is decidedly illegal under Alabama marijuana law. It is allowed for limited, non-intoxicating medical use, but is otherwise banned by criminal statutes. Penalties are among the harshest in the nation.

On a first offense, it is a misdemeanor to possess any amount of cannabis for “personal use” in Alabama. The maximum penalty is 1 year in jail and $6,000 in fines.

A subsequent offense for possessing marijuana for “personal use only” is a felony, subject to a minimum of 366 days and a maximum sentence of 5 years in prison, as well as a maximum fine of $7500.

Possession of marijuana for any other reason is a felony with a sentence of at least 366 days and as many as 10 years in prison, plus a $15,000 maximum fine.

Any sale of cannabis is a felony in Alabama, punishable by a mandatory minimum sentence of 2 years in prison and a maximum of 10. A fine of up to $30,000 also applies.

Sale of marijuana by an adult over age 18 to a minor is also a felony and carries a minimum sentence of 10 years in prison and a maximum of life, plus $60,000 in potential fines. Sale within 3 miles of a school, university or public housing project is punishable by up to an additional 5 years in prison.

Cultivation of very small amounts of cannabis may be treated as possession under Alabama marijuana law, while cultivation of larger amounts is considered possession with intent to distribute. Simple cultivation is a felony, but the offense is divided into two severity levels: second and first degree.

It is a second-degree felony to grow or manufacture any amount of marijuana or marijuana product. The minimum punishment is 2 years in prison while the maximum is 20, plus $30,000 in fines. If the cultivation involves guns, booby traps, or hazardous chemicals, it is treated as a first-degree felony and carries a penalty of 10 years to life in prison, plus up to $60,000 in fines.

Hashish and other marijuana concentrates are illegal in Alabama. Possession of any amount is a felony with a punishment of between one and 10 years in prison and $15,000 in potential fines.

Manufacturing concentrates is also a felony, punishable by between 2 years and life in prison, and up to $60,000 in fines.

Use, possession and sale of paraphernalia are all crimes in Alabama.

Medical necessity is a complete defense to possession of non-intoxicating cannabidiol (CBD) marijuana. But it is an affirmative defense, meaning defendants face evidentiary hurdles if they want to use it successfully in court.

A conservative medical marijuana bill was approved by Gov. Ivey in 2021 that allows the use of marijuana for a range of medical conditions, although the law is not yet operational.

Once the law is active, patients must verify residency and suffer from an approved condition that has not been well-managed by other treatments to qualify for medical marijuana and register with the Alabama Medical Cannabis Commission.

PATIENT POSSESSION LIMITS:
Patients are permitted to possess up to “70 daily dosages” of marijuana at any given time. Doses are capped at a maximum of 50 mg for the first 90 days. Patients are prohibited from accessing cannabis flower or baked edible products, and must instead consume cannabis in the form of “tablets, capsules, tinctures, or gel cubes for oral use; gels, oils or creams for topical use, or suppositories, transdermal patches, nebulizers, or liquids or oils for use in an inhaler.” Patients aged 18 and younger are limited to low-THC products.

The following Alabama lawyers are actively involved in the practice of cannabis law: 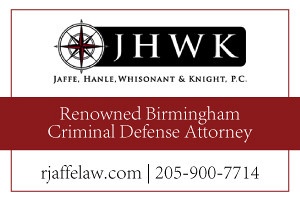