At the end of May, the California state senate took the historic step of passing SB-930, a bill to create one or more marijuana banks. Because of federal law, marijuana businesses are faced with great difficulty in banking at federally insured banks. Under the provisions of SB-930, California would charter a bank or banks that would allow marijuana businesses to create accounts that could be used to pay vendors, rent, taxes, and payroll. These typical business transactions are often difficult or dangerous to complete with cash.

The bill was sponsored by State Senator Bob Hertzberg, a Democrat, and passed with a 29-6 vote. The bill’s next stop is the Assembly.

The Cole memo, which outlined a plan to limit federal enforcement of marijuana law in legal states, included recommendations to banks on how to handle marijuana business accounts. These recommendations, however, could not resolve the conflict with federal law. And since Attorney General Jeff Sessions rescinded the Cole memo, marijuana businesses have faced even greater legal uncertainty. Because federally insured banks cannot legally handle funds stemming from criminal activity, marijuana businesses have often had to change banks frequently, pay higher fees, and deal with other difficulties—including the risk of prosecution—when managing accounts in federally regulated banks. 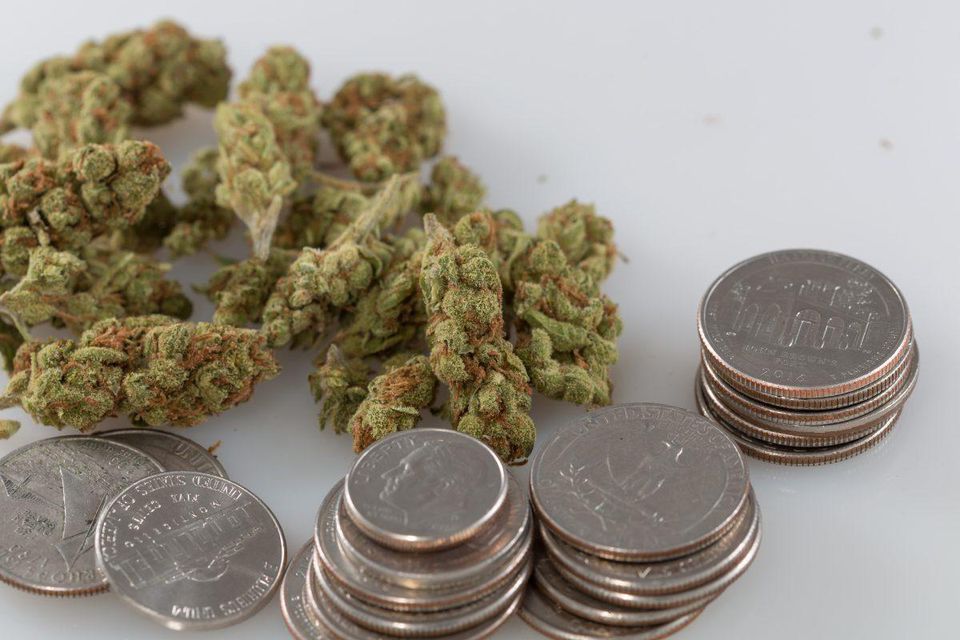 Passage of the bill would make it easier for marijuana businesses to pay state and local taxes.

If SB-930 becomes law, application fees may cover the expense of creating an oversight body to regulate the new bank or banks. According a legislative analysis, these banks would be “authorized to engage in only two activities: 1) accepting and holding deposits for their account holders and 2) issuing special purpose checks to their account holders.”

This means that the checks would not likely to be accepted at federally insured banks. As the analysis puts it, the checks “are, in essence, cannabis scrip, which can only be exchanged with a business or other entity that agrees to accept them.”

Although this is far from a complete solution to the problem of cannabis banking, the cannabis industry has welcomed the new bill as far better than the status quo. Vendors, businesses, and employees would be able to cut, deposit, and cash checks at this new bank. The analysis also highlights another benefit: “the most obvious advantage to the system envisioned by this bill is the increased ability of cannabis businesses to pay their state and local taxes, without having to physically carry large bags of cash into state and local taxing agencies.”

Some issues remain unresolved, for example deposit insurance and electronic transactions, both of which involve federal laws and regulations. These may be addressed, however, with changes to California laws.

Despite these issues, SB-930 is widely viewed as an improvement on the current situation. The bill has no registered opposition. Its supporters include members of the Board of Equalization (the state’s tax agency), the California Cannabis Industry Association, the California Growers Association, the Cannabis Distribution Association, the Cities of Los Angeles and Santa Monica, and the Rural County Representatives of California. As Board of Equalization Member Fiona Ma puts it, “With secure banking for cannabis through SB-930, the industry will benefit, the state will get a revenue boost, and pot cash will get off our streets.”

What do you think: Will the marijuana bank bill become law? Leave a comment below.