Marijuana is everywhere in Oregon these days – and a fair amount of it is going for free. 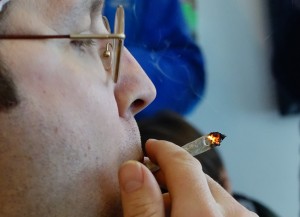 That’s something local officials are trying to stop, mostly by way of educating those who have been giving all the pot to fellow stoners. Above all, they’re trying to stress the rule that a sale is a sale, no matter how cleverly structured.

The confusion arises from a fact many in the legal cannabis industry view as a term of art: Oregon’s young marijuana laws ban unlicensed “sale” of the drug but allow “gifting” of small amounts. As long as no money or other form of “consideration” changes hands, gifts are kosher.

But this rule is complicated by the fact that almost anything of value qualifies as “consideration.” Officials say that means collecting a cover charge for a band and then “giving” cannabis away as part of the deal is illegal. Officials say it evades licensing requirements, regulations, and sales taxes, among other problems.

The crackdown is being felt mostly in Portland, where giveaways have been a big deal since the end of prohibition in November 2014. Singer-songwriter Justin Townes Earl hosted such an event earlier in 2016, where guests paid to hear him – and hosts handed out two joints per person.

“We’re not selling anything. As far as I’m concerned, they’re private events — all the money goes to the entertainment — sponsored by my company but basically put on by my wife and myself” said Richard Vinal, the operations director for HiFi Farms. “I really do at this point view it as like a barbecue.”

Gifting permitted up to one ounce

State law allows the gifting of up to one ounce per person, but officials say the Earl event is not the way it’s supposed to work. That means HiFi will have to abandon plans for future giveaways.

“I work with many clients and organizations that would like to put on events, and everybody has hit the pause button until we understand how those events can be produced or if they can even be produced,” said Amy Margolis, executive director of the Oregon Cannabis Association. “It’s hard to say it’s a change in policy because the City of Portland’s policy is just really being created. So there are two moving pieces. One is, what can producers, processors, dispensaries, how are they allowed to interact with these events? And the city of Portland issue is, can these events happen at all?”

Any exchange constitutes a sale 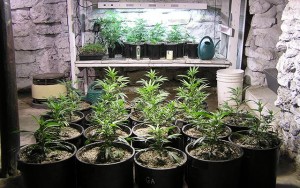 Specifically, Portland authorities say any exchange of money in which marijuana is consideration – in which it’s part of the bargain, in other words – counts as a sale, not a gift. And gifts may only be transferred to medical marijuana patients or to medicinal dispensaries. In other words, the drug cannot be given from a private supply straight to a recreational user.

That means that if HiFi wants to give away cannabis, the farm will have to sell it to a dispensary first and then buy it back at a markup, plus sales tax.

Portland officials also made clear in May that they have no plans to tolerate big marijuana giveaways this summer as they have in the past. The events have become a common sight in pot-friendly parts of the city.

Asked why this summer would be different, Brandon Goldner, the city’s marijuana policy program assistant, pointed to greater resources now that retail marijuana has been available for more than a year.

“We now have the staff in order to enforce the code a little more fully than we were before, I guess that’s the short answer on that,” Goldner said.