Pittsburgh could soon join a growing movement to decriminalize marijuana in America, one city at a time. 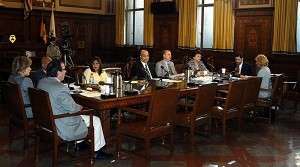 A Pittsburgh City Council member is pushing a new bill that would remove criminal penalties for simple possession of cannabis. He already has the votes of four other council members, all but ensuring the ordinance will pass and reach the desk of Mayor William Peduto.

The council has nine members, and the bill’s author, Council Member R. Daniel Lavelle, said he has the five votes he needs for a majority. Like Peduto, Lavelle and the rest of the council members are all Democrats, and that makes it more likely decriminalization will ultimately take effect.

Penalty reduced to a civil fine

Lavelle’s bill, which he introduced Nov. 17, would eliminate incarceration as a penalty for possession and would replace it with a simple $25 civil fine, similar to a minor traffic ticket. The plan is modeled after a decriminalization ordinance in Philadelphia, which imposes the same $25 fine. Both cities would punish public consumption with $100 tickets.

Lavelle and his backers said decriminalization would end a needless system of incarceration for minor marijuana offenses. Aside from jail time and fines, a criminal record can make it difficult to find work, secure housing, or apply for government benefits.

“Anybody who has that on their record, they can’t get hired,” O’Connor said. “A kid who makes a mistake in high school shouldn’t be punished for the rest of their life.”

The bill wouldn’t actually change cannabis laws anywhere in Pennsylvania. The state would still treat simple possession as a misdemeanor, punishable by up to 30 days in jail and $500 in fines. Local police would still be allowed to enforce those laws. 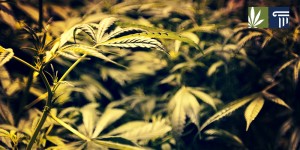 But at a practical level, decriminalization tends to dramatically cut marijuana arrests in major cities. Police typically choose to ignore cannabis offenses when the voters they protect have asked them to look the other way.

Council members were quick to insist that they don’t want to legalize and have no intent to encourage marijuana use. Burgess, a local minister, pointed out that there are addicts in his family. But backers of the bill said they want to fix the damage caused by years of overzealous arrests and prosecutions.

“We are not legalizing it, we are changing the penalty,” Burgess said. “Those who are addicted need rehabilitation and services, but not incarceration.”

Criminal penalties for marijuana hit young black men the hardest, according to recent studies, pinning them with the bigger part of the burden for the failed war on drugs, Gilman said. Lavelle’s decriminalization ordinance would help “reform what has been a failed policy of this country and this city for years.”