Significant developments in the legalization of adult-use marijuana are underway in Minnesota. The bill for Regulation of Adult Use Cannabis was introduced and first read in the House of Representatives as HF 600 on February 1, 2021. The groundswell of support in the House is evident by the fact that the bill, led by Representative Ryan Winkler, has 35 co-authors. In essence, it legalizes and regulates all forms of adult-use cannabis. The proposed legislation is comprehensive, and the authors seem to have learned from—and incorporated some of the best of—legislation enacted in other states.

Specifically, it establishes a Cannabis Management Board that has the power to approve cannabis products for retail sale (lollipops and ice cream expressly prohibited) and is required, among other things, to conduct a study on the size of the illicit market and on impaired driving. The proposed law also establishes a Cannabis Advisory Council that includes representatives from relevant constituencies.

Reports on cannabis sale and use are required, and the business licensing, inspection, and regulation provisions are fairly specific. Also included in the bill are the establishment of environmental standards, labor standards, licensing and inspection, and parameters governing adult-use cannabis businesses – including ownership and operation requirements and restrictions. Cultivator licensing is comprehensively addressed, as are the requirements for record-keeping, inputs, and development of a cultivation plan. Similarly, manufacturing and retail establishment licensing and operations are included, and there are sections dedicated to wholesale and transportation of product.

It provides for private residence cultivation and, of course, consumer protection measures such as advertising, packaging and labeling regulations, as well as specific requirements for cannabis testing. As one would expect, marketing to children is prohibited. The proposed legislation revises criminal penalties, which are primarily focused on unlicensed distribution, and it also contains expungement procedures.

Another appealing aspect of this bill is that it incorporates medical cannabis regulations governing licensing, manufacturing, distribution, and patient registry among other pertinent matters into one comprehensive bill. Use of marijuana for medical purposes is currently legal in Minnesota. Nevertheless, bringing all cannabis regulations under one umbrella and clarifying some of the existing regulations governing medical use, makes it easier to decipher the rules and regulations, and allows for legally compliant use and business operations. 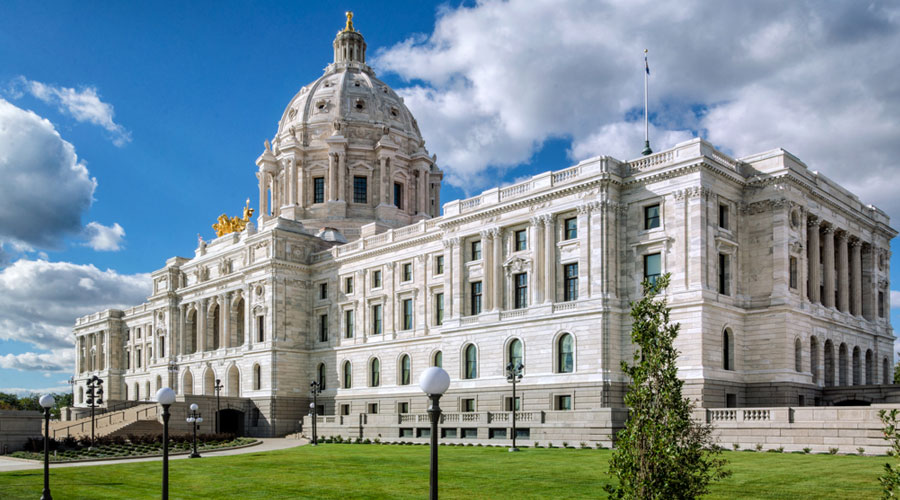 HF 600 passed out of its third committee on March 8, 2021 and is now headed to the Agriculture Finance and Policy committee.

On the House side, the bill passed out of its third committee on March 8, 2021 and is now merrily on its way to the Agriculture Finance and Policy committee. When asked about why she decided to co-author this bill, Representative Sandra Feist (41B) stated:

“Despite support from the majority of Minnesotans for cannabis legalization, it remains illegal in our state. We know that passing HF 600 is vital in the fight for racial justice and improving healthcare. Legalization would reduce unnecessary stops, searches, and arrests that target Black and Brown communities. It would extend treatment options for our veterans, and it would prevent youth access through regulation.”

Meanwhile, the Senate companion bill, SF 757, was introduced and first read on February 8, 2021. It has only seven brave authors and was referred to the Judiciary and Public Safety Finance and Policy committee on February 11, 2021, where it is stalled out like an old jalopy on the side of the road.

Although the bill may not become law this legislative session, it is clearly gaining support. HF 600 has made the most progress and has the most traction of any cannabis legislation ever introduced in Minnesota. To be continued …

What are your thoughts on whether or not this bill makes its way into law during the 2021 session?  Let us know below.