Mexico may finally be ready to put the failures of the drug war behind it.

Mexican President Enrique Peña Nieto said in April that the country should consider legalizing medical cannabis, decriminalizing larger amounts of the drug for recreation, and releasing inmates jailed on possession charges. Peña Nieto’s proposal marks a potential watershed moment for a nation devastated by decades of anti-drug policies that have backfired spectacularly.

The president said he would send his country’s Congress a plan to allow the import and use of marijuana as a medicine. The proposal would also allow Mexicans to carry 28 grams of cannabis, up from the current limit of 5 grams.

The drug is illegal for any use in Mexico, with limited exceptions, but penalties for possession of up to 5 grams are minimal. Peña Nieto didn’t say whether users would be given a legal avenue for obtaining marijuana.

His plan also would allow for the release of inmates imprisoned on minor cannabis charges, but he offered few details on that proposal. Mexico’s jails, like those in the United States, are overflowing with prisoners convicted of low-level drug crimes.

The county is plagued by violent drug cartels, even though most of the drugs it produces end up in the United States. Peña Nieto has long opposed marijuana reforms, but Mexicans have begun to turn against the strict anti-drug approach of the last century.

Mexico has suffered heavily from prohibition

“Our country has suffered the harmful effects of drug-linked organized crime,” the president said. “Thankfully, a new global consensus is gradually gathering steam in favor of a reform to the international drug regime. Instead of criminalizing consumers, it will offer alternatives and opportunities.”

Mexican drug policies have been shifting in recent years. The Supreme Court handed down a landmark ruling on the issue in November, allowing a small group of patients to grow and use the first legal medicinal cannabis in the country. That ruling and other legal changes have opened the door to further reform, including possible legalization.

Increasing the availability of medical marijuana 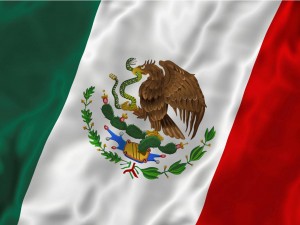 The court’s decision was quickly followed by legislation that would allow patients to import medical marijuana for use in treating various conditions. The lawmaker behind the bill, Cristina Diaz, said she expects it to pass the Congress by May.

It’s uncertain how Peña Nieto’s announcement could effect the bill, but prospects for reform are increasingly bright. And Mexico isn’t the only North American country advancing toward legal pot. Canadian officials announced in April that they are already moving forward on a promise by new Prime Minister Justin Trudeau to make the drug legal for any use nationwide.

Reforms are rapidly spreading throughout Latin America as well. Uruguay was the first country to completely legalize marijuana, while debates are ongoing in South America, Central America, and the Caribbean.

And in the United States, cannabis is now legal for recreation in the District of Columbia and four states, while more than two dozen others have approved the drug for medical use.

Tell us: Who do you think will legalize cannabis first, Mexico or Canada? Leave a comment below.