In the months since legalization took effect in Colorado, marijuana growers have been forced repeatedly to issue recalls after banned pesticides were found in their supply. 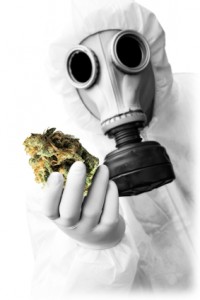 The 13th such incident happened in December, when Advanced Medical Alternatives voluntarily recalled 27 vape cartridges filled with hash oil that contained illegal, potentially dangerous pesticides. The pesticides are not always illegal, but they are prohibited for use on marijuana plants in Colorado.

The recall was the company’s second in eight days — and the 13th overseen by Denver’s Department of Environmental Health in the preceding 13 weeks. Some previous recalls were mandatory, but Advanced Medical Alternatives acted voluntarily.

But the city did require that the firm announce the recall on social media and on its website. The notices were posted in mid December.

“Advanced Medical Alternatives, LLC is committed to excellence in providing safe and the highest quality products to its customers,” the company said in a note on its website. “Accordingly, the company has voluntarily recalled certain products that may contain potentially unsafe pesticide residues.” 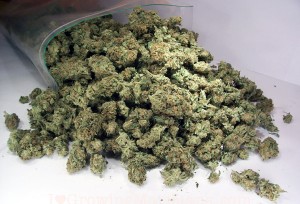 Advanced Medical Alternatives said it would change its testing regiment to avoid similar problems in the future.

Illegal pesticides have been found in different forms of cannabis, including hash oil, edibles, and dried bud. Little is known about the effects of these chemicals when inhaled or eaten. Some are banned for any human consumption, while others are prohibited specifically for use on marijuana.

Experts say more science is needed on the subject. But there have been few if any reports of cannabis smokers becoming ill from pesticide exposure, either before or after legalization hit Colorado and Washington State.

Voters in both states legalized marijuana for personal use in 2012, and the law took effect in 2013. The first pot shops opened across the state in January 2014. In the meantime, two other states – Oregon and Alaska – have passed legalization, together with the District of Columbia. There have been few notable reports of problems arising from pesticide use in these places.