Two newly released scientific studies conducted by researchers at the University of New Mexico reveal that medical marijuana is giving patients relief from such conditions as insomnia, depression, anxiety, and pain.

One study focused on insomnia. The results may not be surprising: CBD and marijuana help people fall asleep. Indica and hybrid strains obtained better results than sativa, and,  with flower, anxiety was sometimes a side-effect. CBD performed better than flower, with little in the way of side effects, and pipes and vaporizers worked better than joints. On average—whatever the type of medicine or method of consumption—“users showed an average symptom severity reduction of −4.5 points.” The study’s conclusion: “Consumption of medical cannabis flower is associated with significant improvements in perceived insomnia.” 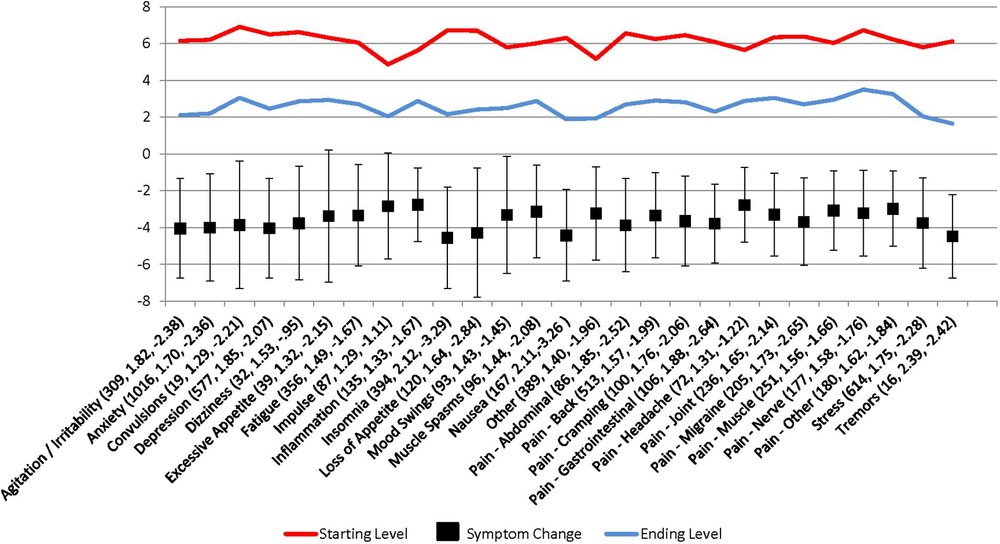 Using similar methods, the other study examined more than one symptom. For more than a year, researchers gathered data from the Releaf app about symptoms before and after administration of cannabis medicine. The most common symptoms were anxiety, depression, and pain. The results were significant, with reduced symptoms in all categories, “with mean reductions between 2.8 and 4.6 points.” In addition, the worse the symptoms were before dosage, the better the results tended to be. Those suffering from anxiety and depression fared better than those suffering from pain. There were more than forty reported side effects. More than 90 percent of the time, patients reported that some side effects were “positive.” For example, in addition to relief from feelings of depression, a positive side effect could be the desire to get moving. There were also negative side effects 60 percent of the time. This could include increased, rather than lessened, anxiety, for example. In this study, cannabis was found to be more helpful in treating depression than anxiety or pain. The study’s conclusion: “Patient-managed cannabis use is associated with clinically significant improvements in self-reported symptom relief for treating a wide range of health conditions, along with frequent positive and negative side effects.” For almost 3,000 patients, cannabis worked.

The two studies contribute to the growing body of scientific research that supports some often-claimed anecdotal information about the medical uses of marijuana. According to a press release from the university:

These studies hint at just how wide cannabis’ therapeutic potential may be and are among the first to measure how characteristics of cannabis consumed by millions of people in the U.S. every day are likely to affect different types of health disturbances, both in symptom severity levels and experienced positive and negative side effects.

The release also points out that cannabis medicine has an excellent safety record, and that many older patients are discovering or rediscovering marijuana as an alternative or supplement to manufactured pharmaceuticals, which may have greater risks, worse side effects, and higher costs.

What do you think? As scientific studies continue to support clinical evidence, will the AMA and FDA begin to accept cannabis as medicine? Leave a comment below.