Illinois Will Likely Become the Next State to Legalize Hemp Cultivation

In early June, both houses of the Illinois state legislature voted almost unanimously to pass a bill to legalize hemp cultivation. The next step is the desk of Governor Bruce Rauner, a Republican. Public reports of his position on the bill are currently not available.

Rauner has said that legalizing marijuana would be a mistake. In 2016, however, he signed legislation that decriminalized possession of small amounts of marijuana, and he has said that any further steps toward legalization would have to be carefully considered.

Illinois Senate Bill 2298 would allow for licensing of hemp growers and amend the state’s cannabis laws to allow for cultivation that complies with federal law. In 2014, President Obama signed a federal law to allow for licensed hemp cultivation for research. The 2014 bill allows “State Agriculture Departments, colleges and universities to grow hemp, defined as the non-drug oil-seed and fiber varieties of Cannabis, for academic or agricultural research purposes.” This federal law applies only to states in which industrial hemp farming is legal under state law.

Where “research” ends and commercial industrial farming begins is unclear, but states such as Colorado and Kentucky have seen tremendous growth in hemp farming. Kentucky has about 13,000 acres under cultivation by more than 200 licensed growers. One of Kentucky’s main products is CBD oil, which is made by pressing flower and seeds. Colorado is currently the king of hemp cultivation in the United States, with close to 400 licensed growers and more than 12,000 outdoor acres under cultivation. Colorado has been growing so much hemp that prices are falling. Hemp cultivation is also legal in Arkansas, California, Pennsylvania, South Carolina, Virginia, Washington, and Wisconsin. Hemp cultivation is also being considered in other states, for example Arizona.

Millions of dollars of tax revenues

Advocates of SB 2298 claim that hemp cultivation will bring millions of dollars of revenue to the state’s farmers and significant tax income to the state, as has happened in Colorado. They point to the fact that hemp products are already available in Illinois stores, that Illinois has some of the nation’s best farmland, and that the United States currently imports about $300 million in hemp products—money that could be spent domestically. 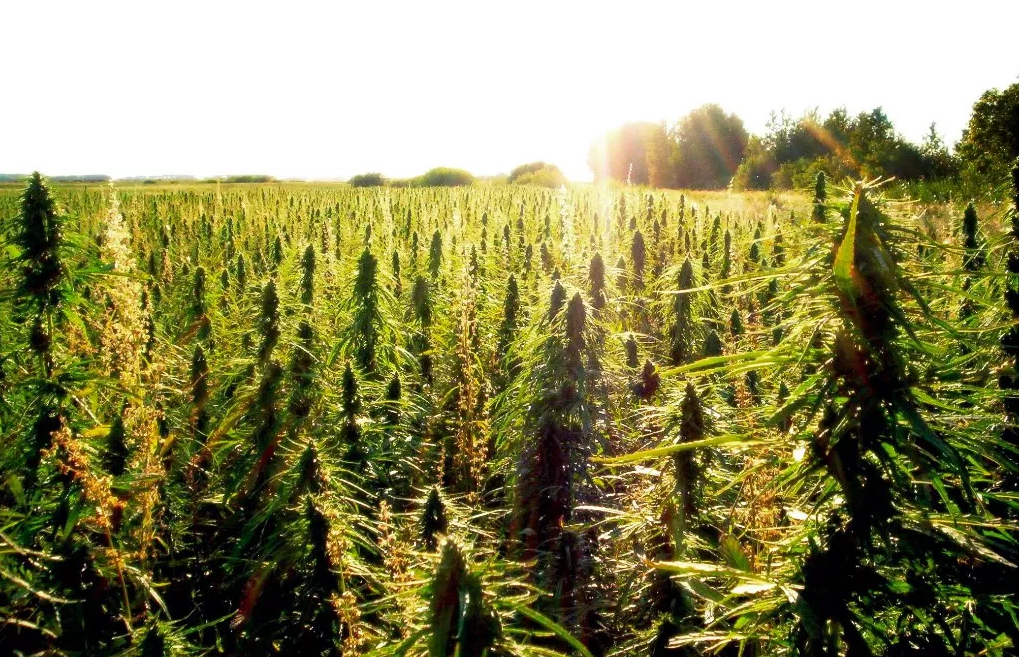 Colorado has more than 12,000 acres of hemp under cultivation.

According to the Hemp Business Journal, “the total retail value of hemp products sold in the U.S. in 2016 was $688 million. Items like shelled seed, protein powder, soaps and lotions have continued to increase complemented by successful hemp cultivation pilot programs in numerous states.” Two big market categories for hemp are vitamins and supplements (including protein), and oils and lotions (including CBD oil). Hemp is also used to make paper, fabrics, and textiles.

The cultivation of hemp was widespread in the United States in the nineteenth and early twentieth centuries. Hemp cultivation was outlawed in 1937 after hemp was associated, by means of negative publicity campaigns, with marijuana and its intoxicating effects. Hemp contains less than 0.3 percent THC, the active ingredient in marijuana—not enough to produce a high.

Advocates of SB 2298 are optimistic that the governor will sign the bill, given its widespread support among the public, farmers, and politicians in the state.

What do you think? Will Governor Rauner give the green light to hemp in Illinois? Leave a comment below.