By Matt BrooksPublished On: October 23, 2015Categories: Featured, US News

It’s that time of year again: time for spooks, specters, and baseless claims from America’s paranoiacs that Halloween candy will be poisoned with THC.

The phenomenon is hardly new. Indeed, it’s been reappearing this time each year at least since Colorado and Washington became the first states to legalize recreational marijuana, in 2012. Each Halloween, police, politicians, and others with a vested interest in the drug wars insist that malicious sociopaths across the country are sending cannabis gummies out into an unsuspecting public.

Last year, the claim went so far that the anti-drug group D.A.R.E. unwittingly posted a parody news article claiming parents should expect a scourge of lethal marijuana candies on Halloween. People who know something about cannabis quickly debunked the story, as they do every year, but it remains.

As an example, the Arizona Poison and Drug Information Center told a newspaper in October that parents should keep an eye out for THC gummy bears, as well as razor blades, pins, and other dangerous items supposedly hidden in candy on Halloween.

Year after year, the same claims arise: Kids will accidentally ingest marijuana or poison or razors on Halloween and wind up in the emergency room, if not the morgue. There has never been a recorded instance of anything like this happening on any Halloween, but that hasn’t stopped the myth-mongerers.

Halloween, naturally, is the perfect breeding ground for such urban legends. People are already primed to see evil on Devil’s Night, so it’s no surprise they worry it will strike their kids.

But there are plenty of reasons, much better reasons, to believe no such thing will happen, just like no such thing happened last year or the year before, or the year before that. It’s possible a handful of idiots will spike their candy bowls with gummy THC, though exceedingly unlikely, but in any case, there will be no widespread candy-tampering. 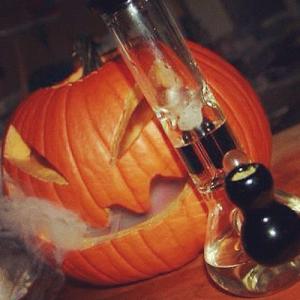 Well, for one thing, it’s much easier to trace the origins of Halloween candy than, say, a bottle of aspirin without a label. While candy doesn’t come with individual UPC numbers, it’s relatively easy to narrow the probable suspects by determining where an injured child stopped to trick or treat.

In other words, if you try to poison kids on Halloween, you will almost certainly get caught, at least if you do it from your own home. If this were happening on a regular basis, there would be regular stories about it in the news. It isn’t and there aren’t.

The key point to remember is that kids are almost always safe while trick or treating, as long as simple precautionary measures are taken. It certainly can’t hurt to inspect candy, even if sharp objects are unlikely. But keeping children out of traffic is the more important step, since drunk and otherwise incompetent motorists pose the single biggest threat on Halloween night.