“Flakka” is not a household word, even in circles where exotic drug use is common. But that is starting to change, and observers say a nightmare is brewing. 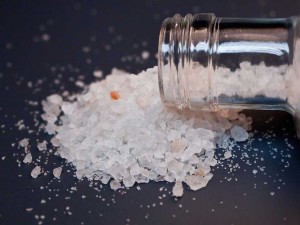 Drug-related hysteria comes and goes, so it’s not clear yet how dangerous flakka really is, or even how it works, exactly. But scientists know it’s made in laboratories, evades drug tests, and causes bizarre, aggressive behavior, possibly even death. They also know its use is spreading.

The flakka scare started in Florida, as most drug trends do. But it has now leaped out of the state, landing in New York and points elsewhere. Officials in that state say they’re bracing for an onslaught.

Flakka is a synthetic drug, similar in some ways to Spice and other forms of synthetic cannabis. It’s made to produce a powerful high that can leave users disoriented, delusional, and potentially dangerous.

At $5 a high, it costs next to nothing, and in places like Florida and New York, it is becoming increasingly easy to get. Like synthetic marijuana, flakka is most popular among youths and homeless people because it’s cheap and hard to detect. Children often have an easier time finding it than cannabis or other recreational drugs.

“This is poison,” said James Hunt, special agent in charge of the DEA’s New York field office. “No different than taking rat poison.”

The DEA is not known for its rational approach to drug problems, but doctors and other health experts say flakka is nothing to laugh at. Made almost exclusively in China, India, and Pakistan, it’s sold online and easily smuggled to users. It’s unclear whether drug dogs can sniff out flakka, but it’s a new drug, so it’s unlikely many K9s have been trained to detect it.

Similar to so-called “bath salts,” flakka is designed to produce an intense euphoria. For that reason it can be highly addictive, according to police and health officials. But it also typically produces powerful negative effects.

“It’s an agitated state, causes heart attacks, paranoia,” Hunt said. No deaths have been reported, but experts say they fear it’s only a matter of time.

Flakka remains relatively rare as recreational chemicals go, but its spread has New York officials worried. Many users don’t realize what they’re buying, and may not even be getting the drug they’re paying for. Tainted samples can be deadly, and there’s no way to know what each hit really contains.

The DEA says the drug can now be found in Buffalo, Syracuse, and other parts of Upstate New York. There are few if any reports that it has reached New York City, but it’s likely on its way.

Reports of flakka use are increasing 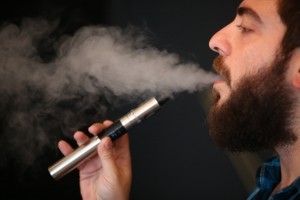 Horror stories about flakka use are growing. In one case, an intoxicated man tried to break down the door of a Florida police station because he believed he was being chased by a deranged motorist; he was caught on camera, alone.

The drug causes “crazy strength,” Hunt said. “It would take four police officers to restrain you.”

It’s worth being skeptical of any claims that drugs trigger superhuman abilities – not even PCP does that. But there are other stories, equally troubling.

Another Florida man, for example, impaled himself on a fence while breaking into the same police station to escape hallucinations of violent pursuers. And earlier this year, a third man – also a Florida resident – stripped naked and tried to have sex with a tree while on flakka.

This scare comes amid an explosion of addiction and death stemming from heroin and synthetic drugs. New York City is already dealing with an epidemic of Spice use, itself potentially fatal, and the flakka trend appears close behind. The Bronx and East Harlem, both low-income areas, have been hit hardest, and roughly 150 patients are treated each week for overdose symptoms.