The world’s most influential think tank issued a report in October that casts strong doubt on drug policy in the United States. 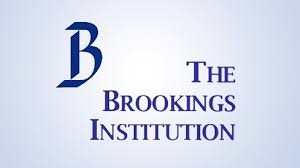 The report was published by the Brookings Institution, a non-partisan think tank that has repeatedly been ranked as the world’s most important. Titled “Ending the U.S. Government’s War on Medical Marijuana research,” the document criticizes the effectiveness of the entire war on drugs.

Among other complaints, the institution criticizes the federal government’s many attempts to block research into medical marijuana. Though hardly the first group to criticize this obstructionist approach, Brookings has offered some of the most detailed evidence to support its case.

Thirty-eight states now allow some form of medicinal cannabis, including four that have legalized all marijuana use. The Brookings report notes that federal drug policy has been stuck in the same place since President Richard Nixon launched the drug war nearly 50 years ago.

The effectiveness of MMJ is indisputable

“The elderly, veterans, children, and people from every demographic group in the nation claim that the use of cannabis assists in the treatment of their medical conditions,” the authors wrote. “However, the U.S. government has held back the medical community’s ability to conduct the type of research that the scientific community considers the experimental gold standard in guiding medical practice.”

The authors, Grace Wallack and John Hudak, Ph.D., focus much of their criticism on the history of the drug war. They also detail historical attempts to move marijuana from schedule 1 of the Controlled Substances Act of 1970; doing so would be the first step toward legalizing at the federal level.

Wallack and Hudak note that the evidence behind MMJ is very strong. They examine the history of a federal program that still delivers cannabis to at least one patient who enrolled in the 1980s.

Doctors, not bureaucrats, should make decisions about MMJ 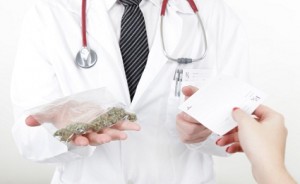 It is the only federally approved MMJ program in history, and it offers lessons for the future of drug policy, Wallack and Hudak said. The program was stalled by overly restrictive rules and a government that turned against patients during the AIDS crisis of the ’80s and ’90s.

This, the authors wrote, argues against a similar approach in the future. Doctors, not bureaucrats, should decide which patients may use medical marijuana, the authors said.

“Reopening the Compassionate Use Program may offer a middle ground between full rescheduling and the status quo,” Wallack and Hudak wrote. “Respectfully this author disagrees. The closure of the Compassionate Use Program in 1992 unleashed a pent-up frustration with federal cannabis control that is still evolving. Returning to the days in which federal bureaucrats decide, rather than a personal physician, who can and cannot have medical cannabis borders on lunacy.”