Will Obama Reschedule Marijuana on His Way Out?

Libertarian presidential candidate and former New Mexico Gov. Gary Johnson made a bold prediction in late March, saying he thinks President Barack Obama will reschedule marijuana under the Controlled Substances Act on his way out of office. 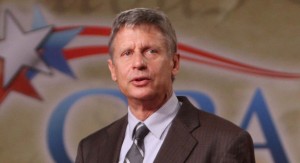 Currently, cannabis is listed as a “schedule 1” substance under the 1970 law. That means the government considers it among the most dangerous, addictive, and medically useless drugs on the black market – along with heroin, LSD, and synthetic THC.

It is no such thing, and legalization proponents have been saying as much for decades. But they have made little headway with the federal government. Johnson says he thinks that will change just before Obama leaves the White House in January.

“It’s going to be just like alcohol,” Johnson told the conservative Washington Times. “I’m going to predict that Obama, when he leaves office, is going to deschedule marijuana as a class 1 narcotic. I wish he would have done that to this point, but I think he’s going to do that going out the door. That’s a positive.”

If Johnson’s claim holds up, it would be a hugely surprising development. Obama and his administration have repeatedly refused to consider rescheduling the drug, a move that would open up avenues to serious research and even legalization at the federal level.

The president said earlier this year that he had no plans to tackle any new marijuana reform issues before his departure. And he has long been hesitant to direct the DEA to reschedule cannabis.

Under federal law, only Congress and the DEA can move marijuana to a lower, more lenient schedule. Lawmakers have balked, and there is zero chance the anti-drug agency will act on its own. Obama could order the attorney general to order the DEA to reclassify cannabis, but he has shown no signs of willingness to do that.

If he doesn’t, rescheduling would have to wait for the next president. Both Democratic candidates, front-runner Hillary Clinton and Vermont Sen. Bernie Sanders, have said they support the idea. Sanders has gone even further, saying marijuana should be removed from the schedules altogether so it could be legalized by Congress.

Johnson said he also favors that approach. Among other things, it would remove any threat of federal retaliation against states that legalize under their own laws, he said.

But Obama has all but ruled out any action to reschedule, let alone remove cannabis from the Controlled Substances Act altogether. That decision, he said, should be left to Congress.

Obama: Rescheduling is a job for Congress 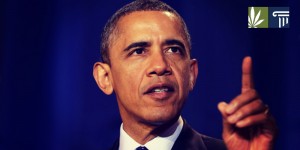 “What is and isn’t a schedule 1 narcotic is a job for Congress,” the president said in 2014. “It’s not something by ourselves that we start changing. No, there are laws undergirding those determinations.”

Reformers, though, say that’s not quite true. Obama could act unilaterally, without input from lawmakers, said Tom Angell, head of the Marijuana Majority. That, Angell said, is what the president should do in his final months in office.

“It’s tough to predict what the president will do on this issue before he leaves office,” Angell said. “But if he’s willing to uphold his pledge to set policy based on science, and he listens to the majority of Americans who support marijuana reform, he will exercise his administrative authority for rescheduling.”

Federal cannabis legalization would still leave states with room to make their own decisions, Johnson said. He predicted the country would ultimately have a few places where marijuana remains illegal, similar to the handful of “dry counties,” mostly in the South, where alcohol sales are still banned.

“I think every municipality has to realize that all the planes to Denver every single weekend are filled up, and that they’re missing out, and Colorado is absolutely vibrant,” he said. “Is it due to marijuana? I think it’s a contributing factor. I don’t know how long it’s been since you’ve been to Colorado, but I think you can sense vibrancy, and it’s there.”