Where Is Marijuana Legal?

Marijuana law in the United State changes almost by the day. But at least until November 2016, the drug will be legal for personal use in just five places: Oregon, Colorado, Washington State, Alaska, and the District of Columbia.

Each of those places, plus another 33 states, allow medical cannabis use. And marijuana has been decriminalized in 15 states, meaning jail time and other criminal penalties have been replaced with small civil fines.

As a general matter, there are three broad types of cannabis reform: full legalization, decriminalization, and medical marijuana.

In places that legalize, adults may grow cannabis and possess it for personal use. These places typically license the businesses that cultivate and sell on the retail market. But legalization only applies at the state level, since the federal government still bans the drug for any use. 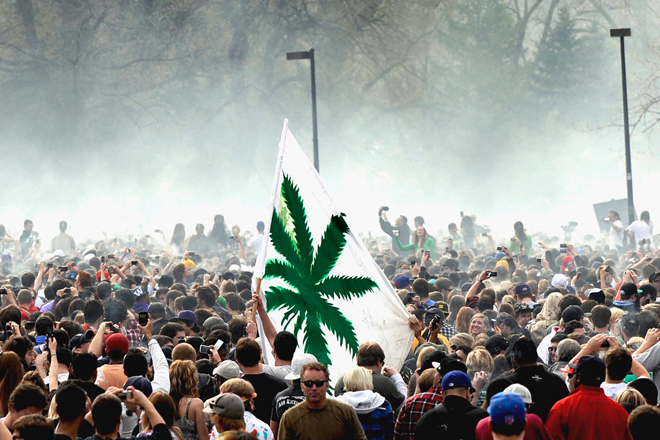 Voters in Washington State and Colorado legalized at the ballot box in 2012. The first legal retail cannabis went on sale in Colorado Jan. 1, 2014, while Washington started selling it later that year.

Washington, D.C., also voted to allow legal marijuana in 2014. That program is off to a much rockier start, as Republicans in Congress have tried to block it, but officials still hope to license stores in the near future.

Medical Marijuana Available in Most States

Washington, D.C., has passed a full medical cannabis law, as have two U.S. territories, Guam in the Pacific and Puerto Rico in the Caribbean.

Congress has passed a series of federal laws designed to protect medical marijuana patients in states where it is legal. The most important of these prevent the Department of Justice and its agencies from impeding the provision of MMJ, though the department has insisted it doesn’t fall under the law (a federal judge recently ruled otherwise).

More reforms are likely in the future. A dozen other states are in line to vote on the issue within the next few years, including California, New York, and Massachusetts. One presidential candidate has promised to support legalization, while others have edged closer to serious reform.

Even so, federal statutes still prohibit any use of marijuana, medical, recreational, or otherwise. Penalties are stiff, though federal agencies typically target dealers and dispensaries rather than individual patients – with some notable exceptions.

Further federal reform is probably on the way. Former Vermont Sen. Bernie Sanders, who is running for the Democratic nomination, said he wants to reschedule marijuana, removing it from its current restraints and making national legalization easier.

For now, legalization is limited to the American West and Washington, D.C. But expect that to change, rapidly. It will likely reach the East Coast next year, and could land in the Midwest by 2020. Even the Deep South may fall in a matter of years.