Lawmakers in Vermont are moving to legalize marijuana even faster than anticipated. 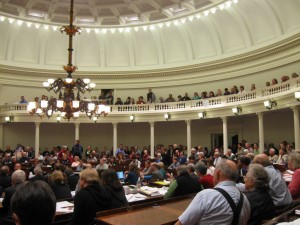 The state Senate voted in February to pass legislation that would make cannabis legal for recreational use. The drug is already allowed as medicine.

State senators voted 17-12 to approve the bill Feb. 25. The day before, they cast a preliminary vote of 16-13, according to local press reports.

The bill now moves to Vermont’s House of Representatives. If it passes there, Gov. Peter Shumlin must sign it into law. Both houses of the legislature are controlled by liberal Democrats, making it more likely the legislation will pass. Shumlin is also a liberal Democrat.

But nothing is guaranteed. Shumlin and leading lawmakers have cautioned against moving too fast. The governor said he wants to legalize and would eventually sign legislation to accomplish that. But he hasn’t yet committed to signing this bill.

“To do it right, we must do it deliberately, cautiously, step by step, and not all in one leap as we legislate the lessons learned from the states that went before us,” he said in his State of the State address this year. 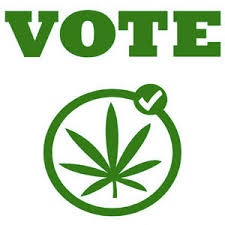 The proposed law would make it legal for adults 21 and older to buy and possess up to half an ounce of marijuana. This amount is smaller than the limits adopted when Colorado, Oregon, Washington, Alaska, and the District of Columbia legalized in 2012 and 2014.

But legal pot in Vermont would mark a major victory for drug policy reformers and cannabis advocates. It would be the first time legalization has been adopted by legislature rather than public referendum. It would also mark the first time recreational cannabis has been legalized in New England.

Once Shumlin signs the bill, as expected, regulators could start issuing cultivation licenses late next year, while retail sales could start in early 2018, according to local reports.

Putting an end to the drug war

Lawmakers said they want to fix a broken criminal justice system and end the madness of the drug war.

“Most people believe the policy we have in place now is not working,” House Speaker Shap Smith said. “I think the question that has to be answered is will the alternative that’s come over from the Senate address the areas where the policy isn’t working now? Whether we can fix it this year is an open question.”

If the law takes effect, Vermont would lead the way among states moving toward legalization in 2016. Voters in California, Arizona, Maine, Massachusetts, and other states could all vote on the issue in November, while it is already slated to appear on the ballot in Nevada.