Mexican drug smugglers tried to drive a load of marijuana across the border in October but failed when their truck got stuck halfway into the Rio Grande River. 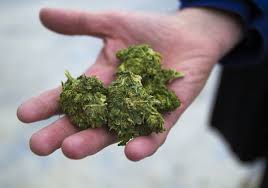 The smugglers apparently thought they could make it across the river in an SUV loaded with pot. But when they became stuck, they ditched the weed and fled.

Border Patrol agents in Rio Grande City, near the border with Mexico, found the Ford Explorer half submerged on the southern bank of the river. Inside, they discovered 230 pounds of weed in 15 bundles. The agency said the haul was valued at more than $180,000.

The SUV was found on the American side of the border, and agents started a search for the driver of the car, who was spotted leaving the scene. A helicopter from the Office of Air and Marine was dispatched to look from the sky.

The driver was captured shortly after. He was booked into the Starr County jail on suspicion of drug crimes.

This wasn’t the first SUV that has tried unsuccessfully to carry contraband into the United States. Two years ago, smugglers got stuck while attempting to drive a Jeep Cherokee over the border fence near Yuma, Ariz. 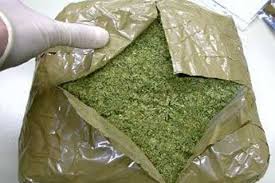 Those couriers built ramps on either side of the fence, but the truck carriage was too low, and the SUV became lodged against the top of the fence. There was nothing inside when Border Patrol agents found it, but they said it had probably been used to carry weed or other illicit goods.

The culprits in that case were caught trying to push the truck from the Mexican side of the fence, but they escaped into Mexico.