Surgeon Toked on the Job: Complaint

A California neurosurgeon allegedly used marijuana between operations, according to a professional complaint filed against her. 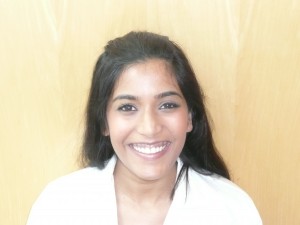 The Medical Board of California formally accused Dr. Gunjan Goel, a surgeon at the University of California San Diego, of practicing medicine while under the influence of cannabis. Goel used the drug at the office and at home, the complaint says.

“She uses it daily, while at work, and on call,” the Medical Board alleged in the complaint, which was filed Aug. 26.

Board members launched an investigation in May 2014 after they received a complaint about Goel’s marijuana use. Eight months later, a state investigator approached the doctor in her apartment’s parking lot and asked for a sample of her hair.

Admission of occasional marijuana use

Goel allegedly told the investigator the hair would test positive for THC because she sometimes smokes cannabis on her days off. In a later interview, she admitted to toking three or four times between July and December 2014.

The filing didn’t indicate whether there was further evidence that Goel was using on a daily basis. The board said she “repeatedly” possessed a controlled substance and engaged in unprofessional conduct.

Strangely, Goel allegedly told investigators she didn’t have a legal medical marijuana card or recommendation. These are easy to get in California, even for recreational consumers, though they may carry some risk of exposing doctors who use.

Goel could lose her medical license

Goel was not charged with a crime as of early September. Medical misconduct is a professional allegation rather than a criminal charge, so at most, Goel could be fined and stripped of her medical license.

But prosecution might not be out of the question, as there are typically criminal statutes that protect patients from doctors who are high. The Medical Board did not openly accuse Goel of harming patients or risking their safety, but the mere proof of drug use could be enough to end her career.

That’s especially true since she’s a neurosurgeon. Good surgeons are prized for their steady hands, and regular marijuana use can cause mild tremors that could make the job impossible.

American professional boards are only beginning to struggle with the issue of marijuana use by members. Lawyers in some states are protected if they use legal marijuana or represent clients who trade in it, but in most places, health care professionals of all stripes can lose their licenses over drug use.

The open question is whether Goel’s alleged cannabis use caused any harm or impeded her in her job. But even if it didn’t, it would be hard for a neurosurgeon to keep practicing once patients and other doctors know she uses – even if the use isn’t out of hand.