Opponents of e-cigarettes complain the popular nicotine-delivery devices will lead more people to smoke tobacco. Rather than saving lives, the argument goes, vape pens could cost them. 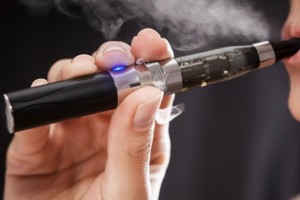 But a new study out of the United Kingdom calls that claim into doubt. Vaping nicotine, the study concluded, is actually better for your health than smoking real cigarettes. And e-cigarettes don’t appear to be luring new users into addiction.

The study was published by Public Health England, a division of the UK Department of Health. Based on its most recent “best estimate,” PHE found that vaping nicotine is roughly 95 percent less harmful than real cigarette smoke.

“While vaping may not be 100 percent safe, most of the chemicals causing smoking-related disease are absent, and the chemicals which are present pose limited danger,” researchers wrote.

A lack of science on the matter

E-cigarettes broke on the scene so suddenly that it took a while for science to catch up. Little comprehensive research had been done into the safety of the devices or their potential for addiction.

In the absence of reliable evidence, anti-tobacco advocates have campaigned against e-nicotine, arguing vape pens would lure new addicts and lead to many of the same health problems as traditional tobacco smoke. The new study suggests that claim is “based on misinterpreted research findings.”

“E-cigarettes are not completely risk-free, but when compared to smoking, evidence shows they carry just a fraction of the harm,” said Prof. Kevin Fenton, director of health and well-being at Public Health England. “The problem is people increasingly think they are at least as harmful and this may be keeping millions of smokers from quitting. Local stop smoking services should look to support e-cigarette users in their journey to quitting completely.”

It has long been well-established fact that smoking tobacco causes serious and potentially fatal health problems, including several forms of cancer. Cigarette smoke contains nicotine, but also a host of other chemicals, many of them highly toxic. 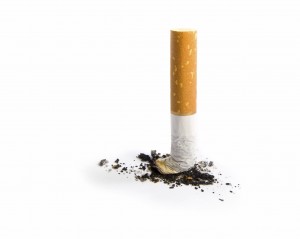 E-cigarettes, on the other hand, deliver a dose of liquid nicotine without the additional toxins. Nicotine is one of the most addictive substances on the planet, but it is not the typical cause of death in cigarette smokers.

A traditional cigarette delivers its payload by way of inhaled smoke. A vape pen, on the other hand, heats a nicotine-infused liquid to produce a hot water vapor that is then inhaled. The same principle works in vaping marijuana.

Not only do e-cigarettes deliver a much purer form of nicotine, they also cause much less lung irritation than smoke of any kind. For that reason, they are already quite popular among smokers who exercise.

Some public health experts say e-cigarettes could make it easier for smokers to quit real cigarettes. And these smokers would suffer fewer health problems while quitting, reducing the pressure for instant success.

Still, many people in the anti-addiction industry insist on an all-or-nothing approach to quitting. To them, only a grueling, “cold turkey” approach counts. This part of the industry is losing its clout, slowly, but will continue to push back against efforts to make e-cigarettes more widely available for smokers.

The new study found that e-cigarettes really only appeal to people who already smoke. That means that, contrary to anti-vaping claims, they don’t lead to more addiction.