Study: MJ Linked to Prediabetes, but Not Diabetes

Youths who use marijuana heavily are at greater risk of developing prediabetes, according to a new study released in September. But cannabis smokers are no more likely than others to actually develop full-blown diabetes. 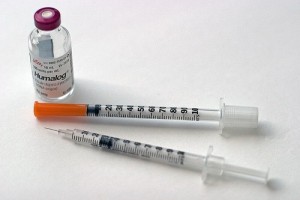 The study’s results were published Sept. 13 in Diabetologia, a medical journal. Researchers analyzed data from the Coronary Artery Risk Development in Young Adults study (CARDIA), which include responses from more than 3,000 subjects at age 32 and again at age 50.

“We tried to capture . . . marijuana use in young adulthood, when you would assume it would be the highest” and then look for signs of prediabetes or diabetes, said Michael P. Banks of the University of Minnesota School of Public Health. “It is unclear how marijuana use could place an individual at increased risk for prediabetes, yet not diabetes.”

Researchers have a couple of theories, however. For one, marijuana may exert a greater effect on blood sugar levels in the prediabetic stage. For another, there could be other variables – for example, the same genes that make people susceptible to substance use might also make them susceptible to prediabetes.

Scientists said more research will be needed to fully explain how marijuana use impacts the risk of developing diabetes.

But this isn’t the first study on the topic. Earlier research has concluded that heavy cannabis smokers tend to lose weight despite increased hunger (the “munchies”), and that the drug can reduce insulin resistance and insulin levels in people at risk of type 2 diabetes.

Diabetes comes in several forms, but the most common are type 1 and type 2. Type 1 is mostly a childhood disease and has unknown causes. Type 2 is usually caused by obesity or other health concerns, and typically strikes later in life.

The results of the new study only apply to type 2 diabetics. This disease involves insulin resistence, in which the body rejects attempts by insulin to deliver glucose (sugar) to its cells. Weight loss is also a critical component of preventing type 2 diabetes and treating it, and cannabis leads to slimmer waistlines, according to scientists.

There have been few studies into the efficacy of marijuana in treating symptoms of type 1 diabetes, but at the very least it may help protect these patients from also developing type 2 diabetes in middle age.

The new study, which covered a 25-year time frame, found that heavy cannabis users are more likely to be men (62 percent), to currently smoke cigarettes (39 percent), and to drink more than one alcoholic beverage per day (31 percent). Chronic marijuana users were also more likely to use hard drugs, including cocaine (40 percent), crack cocaine (34 percent), amphetamines (30 percent), and heroin (6 percent).