One of Florida’s largest cities has moved a step closer to removing criminal penalties for minor marijuana crimes.

A committee of the St. Petersburg City Council sent a request to Pinellas County commissioners in December, asking that they decriminalize possession of small amounts of cannabis. The council hadn’t received an answer as of Dec. 10, but members said they will act on their own in the meantime.

The council’s Public Service Committee cast a unanimous vote to pass a resolution that asks the county board to enact marijuana decriminalization while the city’s lawyers draft an ordinance for the committee. The law would remove criminal penalties for possession, including arrest and jail, and replace them with small civil fines.

Council Member Steve Kornell authored the proposed ordinance, which would give police authority to write citations for people caught with 20 grams of marijuana or less. That’s roughly three quarters of an ounce.

Decriminalization is a popular reform tool in states and cities that aren’t yet ready to legalize the drug. Rather than removing all penalties and allowing legal cultivation and sale, local and state government in many places instead write tickets similar to traffic citations.

Seventeen states have enacted decriminalization, while another four have completely legalized marijuana for recreational use. A number of large cities have also decriminalized, instructing their police departments to issue tickets instead of making arrests.

Cities such as St. Petersburg don’t actually have the power to change cannabis law in Florida. That belongs only to the state Legislature and the governor’s office, neither of which is likely to support decriminalization. It is currently a misdemeanor to possess 20 grams or less, and the penalty includes a maximum of one year in jail and $1,000 in fines.

Other Florida counties have decriminalized 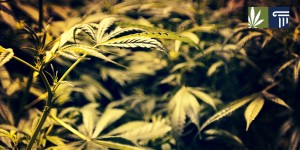 That is one of the stiffer laws against marijuana use in the United States. Even so, Miami-Dade county, the state’s largest metro region, successfully moved to decriminalize earlier this year. Experience in other places suggests that once the public votes against a law enforcement policy, even if only at the local level, police are less likely to enforce that policy.

Some council members told reporters they worried about sending a bad message to children about using cannabis. But those concerns were outweighed by the huge racial disparities in arrests, whether in St. Petersburg, in Pinellas County, or nationally.

In addition to Miami-Dade, the cities of Miami Beach, Ferdinanda Beach, and Hallandale Beach, all in Florida, have passed decriminalization ordinances. Local activists, there and in other states, hope their efforts to remove criminal penalties at the municipal level will spread to the state level in coming years. Fines in those places are usually about $100 for first offenses.

City leaders in Tampa, located near St. Petersburg on the Gulf Coast, have also said they’re “open-minded” about the idea of local cannabis reform. But there has apparently been little discussion of the matter since July.