In April, before a Senate subcommittee on a budget hearing, Attorney General Jeff Sessions said  “there can be, there may well be some benefits for medical marijuana” and that it would be “perfectly appropriate to study” the possible benefits of marijuana further. That was about as far as he was willing to go, however, stating that he did not think any positive studies would be “sustained in the long run.”

In the rest of his testimony concerning marijuana, his remarks were less surprising. Sessions emphasized that marijuana remains illegal under federal law and that he had no intention of offering a “safe harbor” to states where marijuana is legal. When asked about possible ways to resolve the legal conflict between the federal government and states where marijuana is legal, Sessions threw up his hands and said he has no power to change the law, passing the buck back to his questioners. His testimony made clear, however, that he does not intend to abide by the Obama administration’s policy, as stated in the Cole memorandum, of abstaining from enforcement of federal marijuana law in states in which marijuana is legal. On the other hand, he did list several other drugs that might be in more urgent need of federal enforcement. 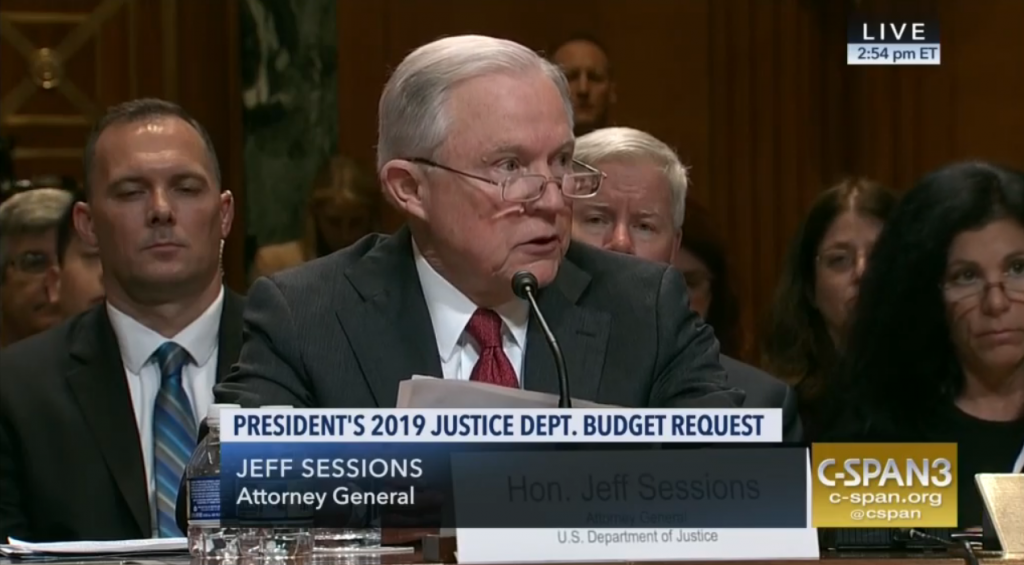 The attorney general remarked that the American Medical Association (AMA) is “absolutely, resolutely opposed to marijuana use.” While the AMA has stated that marijuana is a dangerous drug, the association’s “policy position…stresses a ‘public health,’ as contrasted with a ‘criminal,’ approach to cannabis.” Sessions also claimed that the American Pediatric Association (APA) is also firmly opposed to marijuana use. As with Sessions’s claims about the AMA, this is more or less true. The APA says that marijuana is harmful to “adolescent health and development” and “can impair memory and concentration.” Sessions did not mention, however, that the APA also calls for decriminalization and for “changing marijuana from a DEA Schedule 1 to a DEA Schedule 2 to facilitate” further research. Furthermore, the APA holds that “some children who may benefit from cannabinoids cannot wait for a meticulous and lengthy research process,” so “some exceptions should be made for compassionate use in children with debilitating or life-limiting diseases.”

During his testimony before the Senate subcommittee, Sessions also stated that roughly 1 percent of federal prisoners “might” be in custody for marijuana, and probably as a result of a plea bargain. While his tone may have suggested that plea deals are a minor matter, studies have shown that nearly all federal drug cases end with a plea bargain. The Attorney General’s Department of Justice is well known for using the threat of longer prison terms for those who choose a trial as a means of obtaining plea deals. Moreover, according to a study published by his own agency, 12 percent of federal prisoners are serving time for marijuana—11,533 people. Of those, 44 percent had little to no criminal history before being sentenced. Their “average sentence was more than 7 years (88 months) and the median was 5 years (60 months).”

When asked about the Justice Department’s delay in authorizing new federal marijuana studies, Sessions mentioned “paperwork” and treaty language as two sources of the delay. The Washington Post, however, has published a news report indicating that his agency is responsible for blocking new federal research.

What do you think: Did Jeff Sessions really say marijuana might have medical use? Will he have some people arrested in legal states just to show the Obama policy is over? Leave a comment below.