The two U.S. senators from New York have asked the Obama administration to let the state start its medical marijuana program early so kids with seizure disorders can get their medicine. 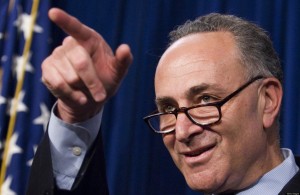 The entreaty followed a request from state officials that the feds let them import medical weed from out of state. Interstate trafficking is a felony, and New York officials could end up in legal trouble if they don’t get a green light from the feds.

Medical marijuana has been legal in New York, at least in theory, since January, when Democratic Gov. Andrew Cuomo announced an executive order to start a pilot program. The legislature responded by legalizing medical pot completely.

That law, passed in June, created a program that ultimately will include 20 dispensaries. They could open their doors as soon as January 2016.

Cuomo and state Health Commissioner Dr. Howard A. Zucker asked for the waiver from the Department of Justice. They were joined shortly after by Democratic Sens. Charles Schumer and Kirsten Gillibrand, who signed a letter to the DOJ in late September.

“For the many children suffering from certain types of epilepsy and seizure disorders, who are in great pain, prescription-based marijuana can be the only option,” Schumer said in a press release. “It is only fair to provide them access. We urge the Department of Justice, using adequate safeguards to keep it out of the black market, to provide this waiver so that some of the most vulnerable New Yorkers can have a measure of relief from their suffering.”

Specifically, the state wants to import a substance known as CBD oil. It’s an extract of the marijuana plant rich in CBD, a chemical known to help patients who suffer from severe seizures. CBD oil is typically very low in THC, the chemical that gets users high, so it’s ideal for suffering children.

The request for a waiver was sent to Attorney General Eric Holder in August. After Holder announced his resignation, New York officials redirected the letter to Deputy Attorney General James M. Cole.

Cole is famous for two groundbreaking memos he released regarding the legal status of marijuana in the United States. The drug is barred under federal law, but the Obama administration has taken a hands-off approach toward the states that allow it.

Federal agencies often stray from this position, most notably the DEA, but Holder and Cole have dramatically changed the way government deals with weed. 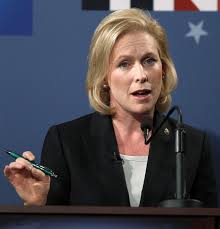 The medical marijuana program in New York will be one of the more stringent in the country. Patients would need a doctor’s recommendation and approval by the state Health Department. And like Minnesota, New York’s program doesn’t allow for toking – only oils and pills.

State Sen. Diana Savino, the Democratic lawmaker who pushed medical marijuana through the legislature, praised Cuomo for acting so quickly. The governor initially opposed medicinal pot but came around when legislators agreed to ban smoking.

“As I have said before, the notion that marijuana should be classified as a Schedule I substance is not only absurd, but stands in direct opposition to the scientific evidence we are presented with today,” Savino said in a statement. “It will no doubt take a collaborative effort between the federal and state levels to ensure that patients, many of whom are children, receive the medical care that they urgently need.”