The scourge of K2 and other forms of synthetic marijuana is drawing increased attention from Congress.

In July, Sen. Chuck Schumer, a New York Democrat, sponsored a bill that would prohibit more than 20 chemicals used to make synthetic pot, also known by K2, Spice, and other unofficial “brand” names. The legislation was announced July 17 in Washington, D.C.

The legislation comes in the wake of a mass overdose reported just a few days earlier in New York City. Within the space of a week, 130 New Yorkers overdosed on the lab-made drug, with many sent to emergency rooms after collapsing, turning psychotic, or suffering other serious symptoms. 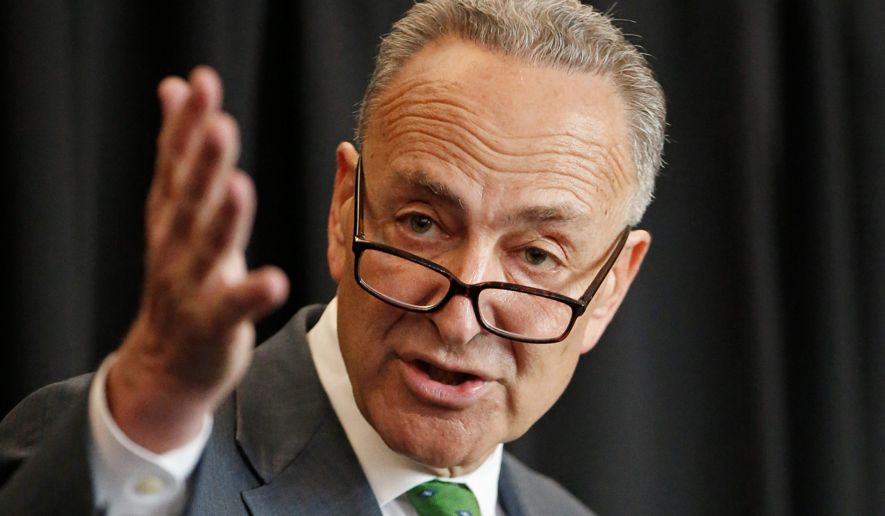 Synthetic cannabis is an increasingly popular drug of choice for young and homeless people. It’s cheap, easy to find in most cities, and in many cases, legal. It’s usually impossible to catch on a standard drug screen, meaning it’s less likely to cost a user a job or parole.

Synthetic marijuana can be fatal

K2 is potentially lethal, blamed for at least three deaths between 2010 and 2015. Even when it doesn’t kill, its effects can be intensely negative: rapid heartbeat, high blood pressure, hallucinations, and severe agitation. Witnesses in New York described the overdoses there as reminiscent of a horror movie.

“A scene from ‘The Walking Dead.’ But it was no TV set, it was real life,” Schumer said.

Synthetic cannabis abuse has actually led to fewer emergency room visits this July over the same month in 2015. But the overall number of overdoses in New York that year exceeded 6,000, Schumer noted, a number that suggests an epidemic.

“We need a federal hammer to nail these toxic concoctions of synthetic drugs before things get worse,” he said.

Synthetic drugs such as K2 are designed to mimic the effects of real drugs, but also to evade law enforcement and drug tests. These substances include a wide variety of chemicals, many of them hazardous, some extremely so. But those chemicals typically aren’t banned by federal or state law when they first appear on the black market.

Lawmakers occasionally pass laws to ban new ingredients, but rogue chemists simply tweak their recipes so the drug is legal again. In a seemingly endless cycle, lawmakers then prohibit the new chemical compositions.

That is the purpose of Schumer’s bill, which would add several ingredients to schedule 1 of the Controlled Substances Act. This list includes drugs that are banned for any use because Congress considers them especially dangerous, especially addictive, and medically useless. Schedule 1 already contains 15 chemicals used to make synthetic marijuana.

Schumer brought a small paper pouch, labeled “potpourri,” to a press conference, saying it contained K2. The drug, he said, is causing so many problems because it’s so easy to get. It’s more commonly found on the streets now, but some legal smoke shops still sell it openly.

“Unfortunately, it’s legal and does a lot of damage,” Schumer said. “It shouldn’t be sold to the people of New York.”

What do you think: Should lawmakers do more to stop the spread of synthetic marijuana? Or is the danger overblown? Comment below.