What Are Your Rights?

Marijuana offenses account for nearly half of all drug arrests in the United States, more than any other substance. Unless you spark up in a state where weed is legal or decriminalized, it’s critical that you know your constitutional rights. You should know them even if you do live in a state with legal pot.

So what are they? The Constitution grants us a long list of rights, such as the right to free expression and the right to own guns. But some are more important than others when it comes to cannabis.

The Right to Free Expression

The First Amendment, which opens the Bill of Rights, grants freedom of expression, freedom of religion, and freedom to protest in public. It’s not an accident that it’s the first: The founders deemed these rights to be the most important.

That’s one reason why courts are loath to allow any infringement on these freedoms. With rare exceptions, the government can’t restrict any type of speech, including hate speech and criminal speech.

This is especially important if you publicly push for the use of marijuana. It should go without saying that the government can’t stop you from advocating for legalization, but even encouraging others to break the law is allowed under the First Amendment.

Sadly, the religious protection afforded by the Bill of Rights doesn’t extend to sacred use of weed. Various groups, most notably the Rastafari movement, have tried to change that, to little avail.

Protection from Unreasonable Search and Seizure

The Fourth Amendment provides a shield against unlawful searches by police. It requires that law enforcement obtain a warrant signed by a judge before searching your home, apartment, hotel room, or other personal space.

Cops often try to bypass this rule by asking for consent to search. Unfortunately, even if you say no, in many cases they will simply ignore you, conduct a search, and then claim that you said yes. Good luck trying to prove otherwise. Never grant consent to search anything you own.

The same rules don’t apply to vehicles. Police can search your car if they have “probable cause” to believe the car contains evidence of a crime. This is the same standard for obtaining a warrant – the difference is, no paperwork is required at the side of the road. 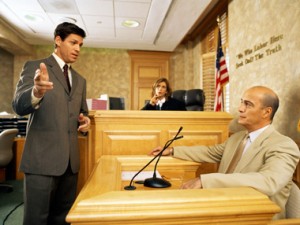 You know the language: “You have the right to remain silent . . .” This right is provided by the Fifth Amendment, which contains a number of other provisions.

They include the requirement that federal prosecutors obtain grand jury indictments for felonies and the rule that prevents the government from trying a defendant twice for the same crime.

The Fifth Amendment also requires that the government give all criminal defendants due process of law. But the most important provision is the rule that no one can be forced to provide evidence against herself.

This matters if you’re busted with weed. You should always exercise your right to remain silent, whether or not you’ve been arrested and charged with a crime.

Right to a Lawyer 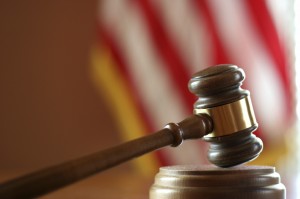 The right to an attorney is probably the most important provision in the Sixth Amendment. Don’t wait until you’re arrested to tell police you want a lawyer – ask for one as soon as they approach you.

If you already have a lawyer, give his or her name to police and ask them to direct questions there. If you don’t, and you can’t afford one, a lawyer will be appointed to you by the courts as soon as charges are filed.