A Michigan prison guard who pleaded guilty to a medical marijuana crime killed himself in November, authorities said. 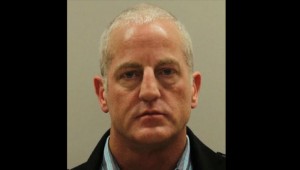 Sgt. Timothy Bernhardt, a 22-year veteran of the Kent County Sheriff’s Department, was forced to resign after pleading guilty in October to a reduced charge of maintaining a drug house. Bernhardt faced a maximum sentence of two years in prison, and his sentencing was scheduled for Dec. 11.

“The outcome is tragic, and his family is understandably devastated,” said Matthew Newberg, Bernhardt’s attorney.

The sheriff’s department declined to divulge details surrounding the former sergeant’s death, other than to say, “we typically do not comment on any suicides.”

Michigan law allows patients to use medical marijuana. They can either grow it for themselves or buy it from a licensed caregiver; the state still doesn’t allow retail sales of the drug.

Bernhardt and the other deputies ran into legal trouble because the Scherzers were sending them cannabutter, a form of butter infused with cannabis. Cannabutter is made by mixing butter with ground weed at a low heat. The resulting product is then cooked into food or used as a spread.

All patients has medical marijuana cards

Each of the Scherzers’ patients had a medical marijuana card, so growing pot for them wasn’t illegal. But Michigan law still prohibits edible THC, even when used as medicine. 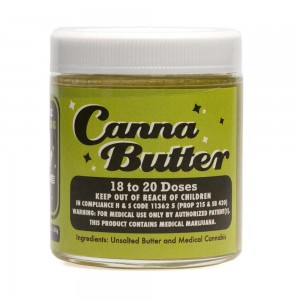 Bruce Block, a local attorney representing the deputies, called the case a “witch hunt” based on a “hyper-technicality” in state law. The mistake was “inadvertent,” Block said.

As part of the plea deals they signed, Deputies Tennant and Bernhardt would have been forced to testify against Frederick and VanDoorne in exchange for more lenient sentences.

Bernhardt was highly regarded in the department, both before and after he pleaded guilty, Newberg said. Other sheriff’s deputies hugged him outside the courtroom after his plea.

“That speaks volumes to his character and his legacy,” Newberg said.

It shouldn’t be surprising that medical weed has found its way to the heart of local law enforcement in America. When medicine works, it works, regardless of badge or uniform. Without doubt, Bernhardt spent some of his time guarding prisoners incarcerated for doing exactly what he did, but that doesn’t make him any less a victim of prohibition.