The “Playboy of Pot,” a Canadian marijuana trafficker who supplied weed to the East Coast of the United States, was sentenced to 27 years in federal prison, according to prosecutors. 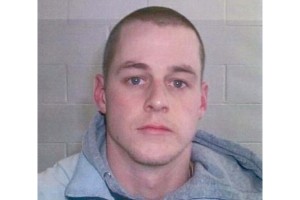 Jimmy Cournoyer, 34, was sentenced in a Brooklyn federal courthouse in August. He pleaded guilty last year to drug and money-laundering charges, including conspiracy to manufacture and distribute cocaine and cannabis.

Cournoyer is a Quebec native and was once one of New York’s biggest marijuana suppliers. He ran a criminal drug ring with ties to Mexican cartels and the Mafia, and lived a lavish lifestyle, authorities said.

The money from his illegal activities paid for a Bugatti Veyron supercar and made it possible for Cournoyer to date a supermodel and rub elbows with Hollywood celebrities.

But prosecutors said he also set $2 million aside for a hit list to punish his workers when they talked to the police. He also tried to threaten witnesses against him, prosecutors said.

“His territory: all of North America,” said U.S. Attorney Loretta Lynch, who represents Brooklyn. “His goal: to extend the deadly narcotics trade as far as he could.”

Cournoyer was arrested two years ago while trying to leave the United States for Mexico. Authorities said he was smuggling marijuana over the Canadian border into New York. The pot came from British Columbia.

At the same time, officials accused him of shipping Mexican cocaine into Canada.

Weed is legal under state law in some parts of the United States, but the drug remains entirely illegal under federal law. Trafficking and manufacture of marijuana (let alone cocaine) carry severe federal penalties.

More than 50 percent of America’s 2.2 million prisoners were sentenced on drug convictions, most of them nonviolent. More than 600,000 Americans are arrested each year for simple marijuana possession.

Authorities allege Cournoyer ran a violent drug enterprise, but he wasn’t charged with a violent crime.

Of course, if marijuana were legal under federal law, we wouldn’t need to worry about someone like Cournoyer. Legalization would allow the government to weed out criminal types who try to enter the weed market.