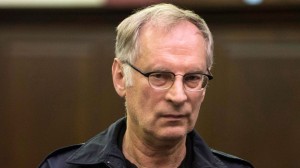 New York City police arrested Goetz in December and charged him with selling $30 worth of weed to an undercover cop in Union Square Park. Prosecutors offered him a plea that would require 10 days of community service, but he turned them down.

Goetz said he rejected the plea deal because it would make him a convicted drug dealer.

“If I had accepted the prosecutor’s offer, it would have meant I was a convicted drug seller,” he said. “If I were to get arrested after a year or two on some other baloney offense, then I’m a repeat offender.”

By state law, a defendant’s trial must be started within 90 days after the case is opened. The rules are complex, but Johnson said prosecutors missed the deadline by two weeks.

Goetz has said the undercover cop pressured him into selling her the pot. He wanted to give it to her for free, he said, but she insisted on paying. After the deal, Goetz said, another narc approached and tried to start a fight.

Goetz gained fame and notoriety in 1984 when he shot four young men on the No. 2 subway train in Manhattan. The teens approached him demanding $5, and one of them was carrying a screwdriver. One boy was paralyzed in the shooting.

Prosecutors charged Goetz with attempted murder, but he was only found guilty of a minor gun possession charge. He served 250 days in jail in 1987.

Goetz, the “subway vigilante,” became a controversial folk hero in New York, where many said he was justified in stopping the robbery with a gun. All four teens were black, while Goetz is white, leading to heated debates over the role of race in urban crime and the justice system. 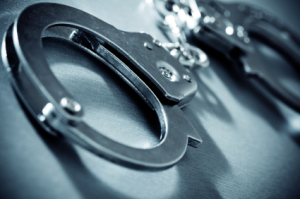 Crime rates were much higher in the early 1980s than they are now, especially in New York. Yet Goetz remains a symbol of vigilante justice in New York and across the country.

He said the latest charges were a waste of time and resources and said the government shouldn’t bother with low-level pot arrests.

Goetz hasn’t shied away from the media spotlight since his recent arrest. He spoke to the press after each of his court appearances, expounding on vegetarianism, carriage horses, and modern policing strategies in the city.