Post-It Notes Could Save Michigan Woman

The case against a Michigan medical marijuana patient could come unglued after a ruling about sticky notes. 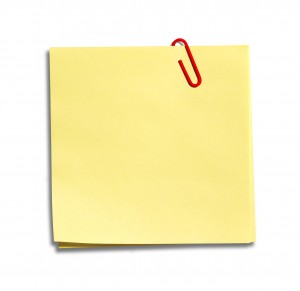 Cynthia Mazur, a resident of Holly, Mich., was charged with marijuana possession and manufacture, along with her husband. Prosecutors said the two were growing more weed than the state’s MMJ program allows.

Mazur’s husband pleaded guilty, but Mazur said she was entitled to immunity from prosecution because she is a legitimate caregiver for her husband, who has a qualifying disorder and treats it with cannabis. Her case hinged largely on whether certain evidence was inadmissible under Michigan’s medicinal pot laws.

Prosecutors wanted to use the notes, which contained information and reminders about her marijuana plants, as proof she knew she was breaking the law. Prosecutors said the notes were evidence of crimes and should be admissible.

But Mazur’s lawyer countered that the notes were in fact cannabis paraphernalia covered by the MMJ laws. The Michigan Supreme Court agreed.

In a 4-3 ruling announced in June, the state’s highest court said the notes qualify as paraphernalia under Michigan drug statutes. That means prosecutors can’t use them as evidence against Mazur.

The evidence is inadmissible “because the sticky notes were actually used in the cultivation of marijuana,” the court said. “Accordingly, the prosecution was prohibited from relying on the evidence of defendant’s provision of the sticky notes in bringing charges against defendant.” 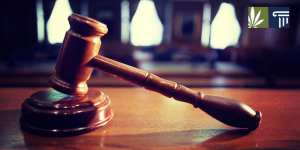 Mazur’s lawyer, David Rudoi, called the decision “huge” and said it would “protect a lot of people from a lot of activities” in the future. But he acknowledged it’s not a perfect outcome for his client.

The case now returns to a lower court, where Mazur could still be convicted. But without the sticky notes, prosecutors will likely have a much harder case. The notes could have been used to prove Mazur’s intent to grow too much cannabis, and without some degree of intent a defendant can’t be convicted of a crime.

“You’re allowed 2.5 ounces of marijuana,” Rudoi said. “That means if I have 2.51 ounces of marijuana on me and you’re around, you lose your immunity under this ruling. The problem with that is you are not in control of somebody else. That’s a pretty bad rule in my opinion. It goes against the ideas of justice.”

Still, Rudoi said the decision is more good news than bad. He couldn’t predict the outcome of the open criminal case, but said prosecutors are disadvantaged.

“What’s going to happen now is up in the air,” he said. “The prosecution will not be able to submit its biggest piece of evidence now. We’ll see what they end up wanting to do.”