Support for legalizing marijuana has been growing in the United States for decades – and nothing in recent years has slowed that progress, a new poll shows.

The survey, released Oct. 12 by the Pew Research Center, found that almost 60 percent of American adults favor legal cannabis. That’s a rise of roughly 20 percent from just a decade ago, marking a mass political about-face on the issue.

The findings come as five more states vote on legalization initiatives next month. Four states have already legalized the drug for recreational use: Colorado, Alaska, Oregon, and Washington, along with the District of Columbia. Another 21 allow it for medical use. 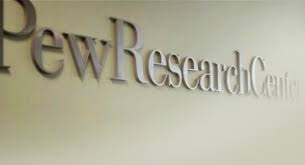 The poll found that 57 percent of adults believe cannabis should be legalized, compared to just 37 percent who disagree. The remaining 6 percent said they were undecided or declined to answer the question.

Huge progress in a decade

That stands in contrast to poll results from just 10 years ago, when 32 percent of American adults said they support legal marijuana, against 60 percent who said they opposed the idea. The rapid change in public opinion tracks with earlier polls that show a steady spike in support across the country.

But backing for legalization is not equal

On the Republican side of the aisle, 41 percent said they want to legalize, compared to 55 percent who said they don’t. But liberal and moderate Republicans were much more likely to back the idea, with 63 percent saying they would; conservative Republicans, meanwhile, oppose legalization 62 percent to 33 percent.

The poll also found sharp differences among age groups, with younger adults especially supportive. Seventy-one percent of Millennials between the ages of 18 and 35, for example, said they would vote to legalize, while older Americans were much less favorable. 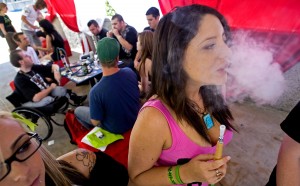 The increase in public support started roughly 20 years ago, when California became the first state to adopt a medical marijuana law. Another 24 states have since followed suit, including Colorado and Washington, which legalized recreational pot in 2012; and Alaska, Oregon, and the District, which did so in 2014.

Legalization on the ballot in five states

Voters in five states will decide legalization initiatives Nov. 8: Arizona, California, Maine, Massachusetts, and Nevada. Polling in each of these states shows legalization ahead, though the margins remain close enough that any of the proposals could fail – with the possible exception of California’s.

Polls there show even wider support, with about 60 percent of adults saying they plan to vote yes on Proposition 64. That initiative would legalize sale, possession, and use of small amounts of marijuana for recreation. If it passes, the Golden State would become the world’s largest market for legal cannabis.

Another four states will vote on medical marijuana proposals on Election Day, including Florida, where a similar proposal is likely to pass after falling short in 2014. Growing support for pot reform could also play a roll in November’s presidential election between Hillary Clinton and Donald Trump.

Let us know: Do you think weed will be legal soon where you live? Is it already? Leave a comment.