Not many observers are putting money on legalization in Ohio anytime in the immediate future. But a new poll suggests the odds are improving. 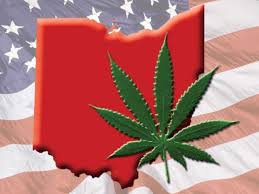 The survey, conducted by Quinnipiac University, found that a slight majority of Ohio voters support legalization of marijuana for recreational and medical use. Fifty-two percent said adults over 21 should be allowed to possess small amounts of marijuana for personal use. Forty-four percent said they should not.

The results reflect an increase in support since a poll conducted in early 2014. That survey found 51 percent of Ohioans back medical and recreational cannabis reform. The increase is small, but it won’t take much more to get a good legalization petition past voters.

Pro-marijuana activists are working to pass a ballot initiative in November that would allow cultivation, distribution, sale, and possession of marijuana. Adults would be allowed to possess and use up to one ounce and grow up to four plants at home.

Ohio would license 10 grow sites throughout the state and another 1,100 businesses to process and sell the drug. The legislation would also create a medical marijuana system for patients with severe health conditions.

Though Ohio isn’t on most short lists of states likely to legalize by 2016, supporters of the ballot proposal said the poll proves voters are growing more comfortable with the idea.

“It also shows Ohioans realize prohibition is a failure and they want to see a change,” said Ian James, executive director of ResponsibleOhio and lead proponent of the initiative. 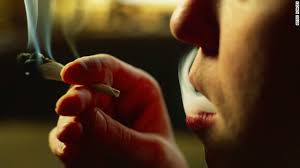 The group is currently trying to collect at least 300,000 valid voter signatures in preparation for the ballot. In fact they must collect many more than that, since large numbers of signatures are typically disqualified. They have until July 1 to make the ballot.

James said ResponsibleOhio picked up more than 50,000 signatures during the first week of fieldwork. Voters are responding positively to the specifics of the proposal, he said.

“In our polling, the specifics of the amendment actually increase the support,” James said. “We don’t test just the feel-good, we test the arguments of the opposition, the nastiest and most negative things they can ever say about the amendment, and we still come out winning in the polls.”

That resistance is already fierce. Opponents call the plan a greedy ploy to help campaign contributors sell land for cultivation sites. They say support for the idea will diminish once voters learn more about the initiative.

“It’s already decriminalized in Ohio and you just get a slap on the hand for having 150 joints in your personal possession,” said Marcie Seidel, executive director of the Drug Free Action Alliance.

Of course, that “slap on the hand” – a $150 fine for simple possession – is exactly the point. It makes no sense to put a safe, widely used recreational and medical drug in a legal limbo where it’s kind of tolerated but not really. Either we allow it or we don’t. And cannabis advocates say the poll shows voters are ready to make that distinction in November.