Marijuana reform is on its way to the Sunshine State. 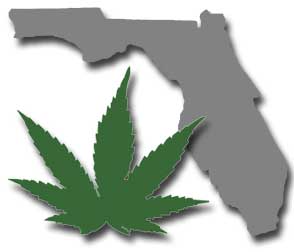 The poll, released in early April by Quinnipiac University, found fully 84 percent of voters would support medical marijuana if it made the ballot a second time. That is expected to happen by the 2016 election.

The MMJ initiative needed a 60 percent vote to pass but received only 58 percent. Many of the voters who backed away from the proposal apparently worried its language was too broad.

Conservative opponents of cannabis reform sold that claim during last year’s election, and it apparently led many voters to believe the initiative would legalize marijuana completely. The state Supreme Court ruled that wasn’t the case, but that decision was mostly overlooked during debates on the issue.

In fact, just 14 percent of respondents said they would vote against medicinal cannabis if it appears again; that leaves 2 percent of voters who are undecided. More importantly, the poll found that Floridians, like Americans elsewhere, are tilting decidedly in favor of full recreational legalization.

Following in the steps of Alaska, Colorado, Oregon and Washington

More than half of respondents, 55 percent, said they want to follow the example of Alaska, Colorado, Washington, and Oregon, all of which have legalized marijuana. Only 42 percent of poll respondents said they would vote against full reform.

“These results show that marijuana legalization is a mainstream issue that ambitious politicians should try to latch onto instead of run away from,” said Tom Angell, chairman of the Marijuana Majority. “If the next president isn’t willing to personally support ending prohibition as the best policy approach, he or she at least needs to push for changing federal laws so that seriously ill people can use medical marijuana without fear of being harassed by the DEA.”

Mixed up in bipartisan politics 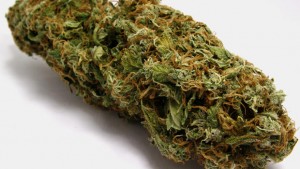 During the campaign, Florida Republicans accused Morgan of using the initiative to help Crist’s election bid. They said the wording of the proposed constitutional amendment was too broad and would allow anyone to get the drug.

The language of the ballot proposal gave doctors discretion in prescribing marijuana but never threatened to legalize recreational cannabis by proxy. The Supreme Court ruled that the language wasn’t misleading, as Republicans alleged.