A majority of North Carolinians support adult use cannabis legalization, while three-quarters are in favor of legalizing the plant for medical purposes. At least, that’s according to a new poll of 1,455 residents carried out by Elon University with the support of a trio of North Carolina news outlets.

Elon Poll last conducted a survey on North Carolina residents’ views of marijuana legalization back in 2017. That year, support for the measure stood at just 45 percent. Somewhat surprisingly, support for legalizing medical cannabis has dropped from 80 percent in 2017 to 73 percent this year, though opposition to the measure held steady at 18 percent compared to 17 percent in the previous poll. 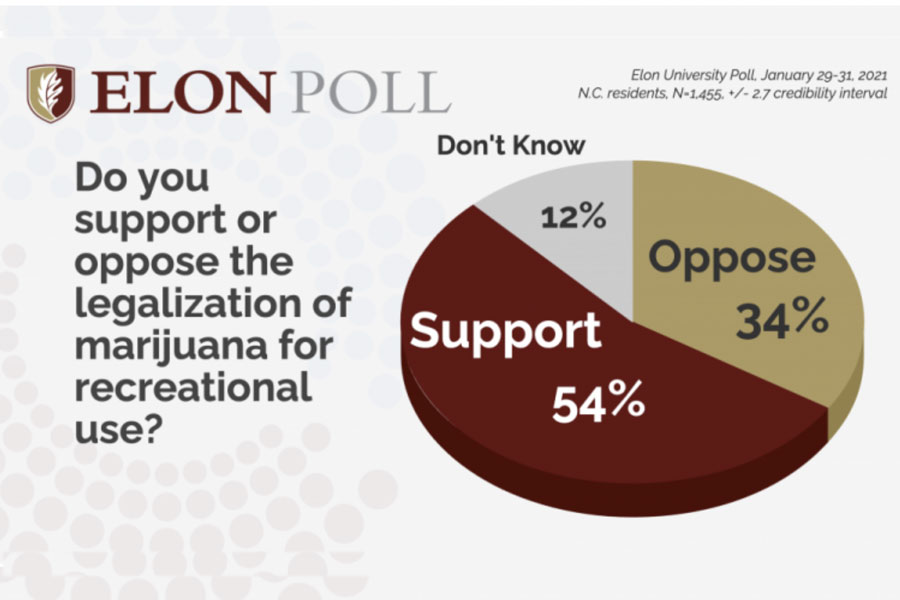 Commenting on the findings, the director of Elon Poll, Jason Husser, put the growing support for recreational marijuana legalization down “in large part to the wave of states that have passed legalization measures.”

The survey’s findings indicate people in North Carolina aren’t convinced by some of the more well-known harmful tropes concerning marijuana usage. In response to a question about the morality of consuming cannabis, 64 percent said it’s not wrong to use it, while only 27 percent of respondents said they think it’s a gateway drug.

Like many surveys on marijuana reform in the US, Elon Poll found clear demographic trends on the issue. Younger people, for instance, are much more likely to back the measure, with 62 percent of respondents aged 18 to 24 and 66 percent of those aged 25 to 44 year in favor. The 45-64 age bracket sees support for marijuana legalization at 52 percent, while for those 65 and older it drops to 32 percent.

Political affiliation also appears to indicate support for marijuana legalization in North Carolina. Among Democrats, it stands at 59 percent, while just 43 percent of Republicans favor the measure. One Democrat supporter, Sen. Wiley Nicekl, took to Twitter to share the survey results and call for medical marijuana legalization.

The time has come for North Carolina to join the majority of states who have legalized medical marijuana. #ncpol https://t.co/Am7TR997fh

Responding to a person urging him to support full legalization, Wiley said he’s in favor of doing so but that the “first step is decriminalization then medicinal use.”

Respondents to the poll were also asked their opinions on decriminalization. Two-thirds said they support reducing criminal penalties for cannabis possession, with only 20 percent against doing so. 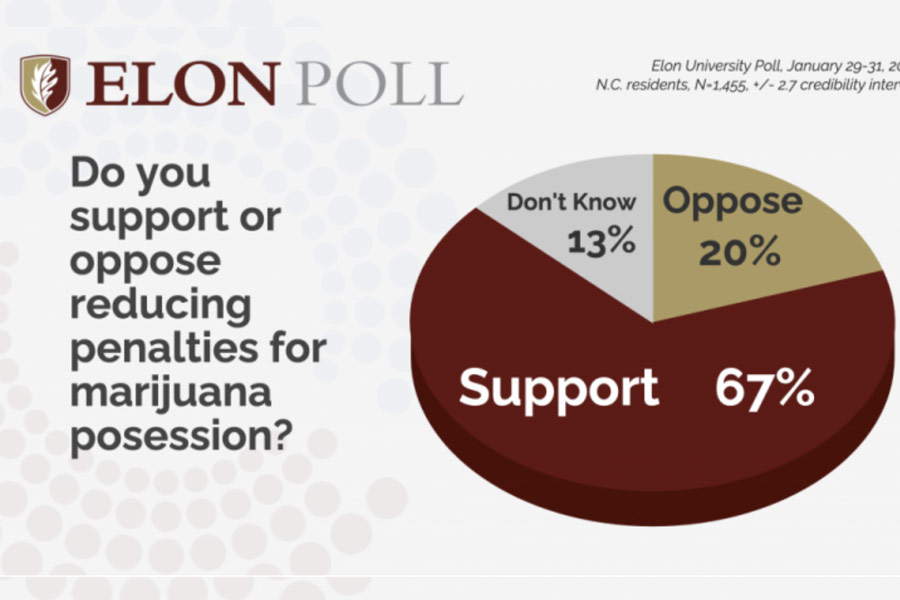 A task force convened by Gov. Roy Cooper (D) recently recommended marijuana decriminalization as one of its proposals for promoting racial equity in North Carolina’s criminal justice system. It also said convictions for cannabis offenses should be expunged and that the governor should convene a new task force to look at the question of broader marijuana legalization in North Carolina.