A disturbing national trend has an increasing number of marijuana suspects literally looking down the barrel of a gun.

Police departments across the country have dramatically increased the use of their SWAT paramilitary teams to handle minor search warrants and arrests, including some low-level cannabis busts. 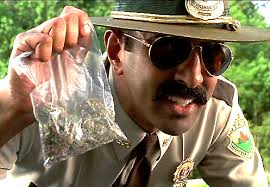 The Winston-Salem Journal in North Carolina reports that city’s police department launched a full SWAT raid three years ago while searching for a single marijuana plant. And the American Civil Liberties Union says such incidents are widespread.

“Is that the type of offense that warrants a military-style raid without so much as a knock on the door?” asked Mike Meno, spokesman for the ACLU in North Carolina. “Things can escalate very quickly.”

Police claim they need SWAT teams to guard against unexpected dangers while serving warrants. Yet the teams are used for their traditional purposes – hostage situation, barricaded suspects, and responding to active shooters – just 7 percent of the time, according to the ACLU. Seventy-nine percent of raids involve simple search or arrest warrants.

Ryan Nichols spent eight months in jail after a Wichita SWAT team raided the house he was living in and found marijuana that didn’t belong to him. The cops were looking for a single cannabis plant that allegedly belonged to the home’s owner, Matt Bremer.

Bremer wasn’t in the house, but police said they found two ounces of pot and a bong inside. They also found Nichols, who had moved in three weeks earlier. Police discovered a digital scale in his room and something they mistakenly thought was an illegal mushroom.

On those grounds, Nichols was jailed until police learned Bremer owned the pot. Eight months is the maximum sentence for someone convicted of possession of two ounces of pot, so even if Nichols had been convicted of felony possession, he couldn’t have been incarcerated any longer. 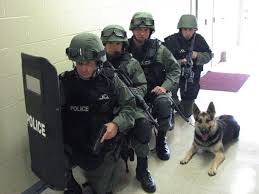 Police in Winston-Salem defended their use of a SWAT team and the decision to lock Nichols up. Drug raids are often unpredictable, police said, and officers need a near-military presence to protect them.

“Could the door be booby-trapped?” asked Capt. Scott Bricker.

But that claim doesn’t wash. The SWAT tactic is a new and trendy one, typically used in situations with little risk of harm to officers. Essentially, police have become trigger-happy with SWAT teams, using them to carry out routine procedures.

Civil liberties advocates worry the trend could lead to a much more militarized police society, where police respond to every crime with force.

As it turned out, Nichols was released and cleared of all charges.