Marijuana law is harsh in Pennsylvania. Possession of even small amounts is a misdemeanor, and there are strict penalties, ranging from 30 days to a year in jail. 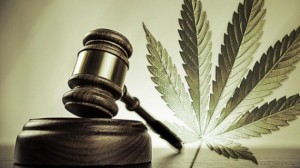 But in practice, most cannabis defendants are never incarcerated, according to a report by The Morning Call of Allentown, Pa. That’s because they typically plead to lesser charges and get probation instead.

That’s what happened to Alan Oren, who was busted with 9 ounces of marijuana two years ago. Police also found a scale, plastic bags, and two pipes, according to court documents. Prosecutors threatened to throw the book at him.

“It was kind of rough on me, man,” Oren, 55, said. “They were looking at putting me in prison for a year. I mean, for what? For supposedly selling a bag of weed.”

Instead, he pleaded down to a misdemeanor and got probation. According to The Morning Call, few defendants receive any kind of incarceration, whether in jail or in prison.

Over the last year, only 30 percent of people charged with possession with intent to deliver in Northampton County were sentenced to jail. Of 54 cases, none resulted in prison time. The average jail sentence for the 16 incarcerated defendants was three months.

The same was true in Lehigh County, where six of 20 cases ended in jail sentences and none in prison time.

“We’re not jumping up and down saying this guy should go to jail,” said Northampton County District Attorney John Morganelli.

Defense attorney Gavin Holihan put it more bluntly. “A defendant would have to work hard to go to jail for marijuana,” Holihan said.

Prosecutors may be applying a kind of ad hoc decriminalization, but it isn’t as reliable as the real thing. Some dealers still go to jail for selling a substance that’s less addictive than caffeine.

That includes Austin Scott, a high school and college football star now serving six to 23 months at Lehigh County Jail on a plea to selling marijuana to undercover cops. Judge Robert Steinberg handed down the unusually harsh penalty in May.

When Scott tried to explain at a hearing that he felt his “crime” was “a little thing” that let him make money and use pot.

“This is not a little thing,” the judge fired back. “This is a felony.”

Most of the stiff sentences appear to come from judges and prosecutors who are zealots in their opposition to cannabis reform. The public, by contrast, opposes Steinberg’s approach. 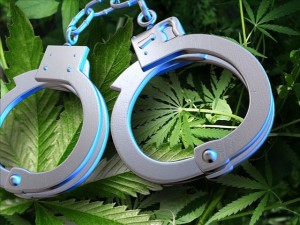 A poll released in February showed that 48 percent of Pennsylvania voters want to legalize weed while just 42 percent don’t. Only 15 percent said the laws should stay the same or be even more draconian.

Leaders in Philadelphia voted earlier this year to remove criminal penalties for marijuana possession in that city, but statewide reform is unlikely anytime soon.