A proposed new rule in Oregon aims to track marijuana from harvest to market. This measure, prompted by complaints from federal officials, has been criticized by licensed growers, who say that price drops caused by oversupply and the costs of abiding by existing regulations are making legal production unprofitable and that monitoring of legal harvests will not stop black market production.

The state agency responsible for regulating Oregon’s marijuana market, the Oregon Liquor Control Commission, has announced that its inspectors will be visiting licensed grow sites at harvest time. Under the proposed new rule, growers will be required to notify the commission of harvest days so that harvests may be entered into the state’s tracking system. According to the commission:

The purpose of the rule is to more closely track harvesting of marijuana. The Commission is instituting this requirement to both learn more about marijuana harvesting and more closely track large harvests. This will require producers to notify the Commission in the seed-to-sale system prior to harvesting. The proposed rule will require producers to forecast their labor staffing, ripeness of the marijuana plants and submit the harvest notice to the Commission. Further, when the Commission does arrive to inspect a harvest, licensees will need to escort inspectors around the premise to complete an inspection.

As reported by Oregon Public Broadcasting in August, Billy J. Williams, Oregon’s federal prosecutor, charged six defendants with crimes related to the interstate trafficking of marijuana grown in the state. States to which the Oregon-grown product went include Florida, Texas, and Virginia. The defendants were also charged with money laundering and at least one firearm violation. 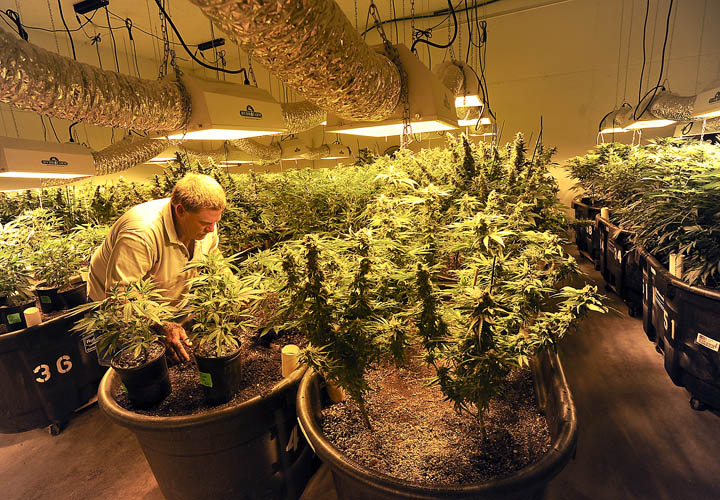 Licensed growers in Oregon claim the proposed rules would be largely ineffective.

“These cases provide clear evidence of what I have repeatedly raised concerns over: Oregon’s marijuana industry is attracting organized criminal networks looking to capitalize on the state’s relaxed regulatory environment.” Williams said. He also cited a report on marijuana production in Oregon and Idaho, saying that it “confirms” that the marijuana market in the area “is out of control.” He added:

The industry’s considerable and negative impacts on land use, water, and underage consumption must be addressed immediately. State officials should respond quickly and in a comprehensive manner to address the many concerns raised by this assessment. To date, we’ve seen insufficient progress from our state officials….Overproduction is rampant and the illegal transport of product out of state—a violation of both state and federal law—continues unchecked….It’s time for the state to wake up, slow down, and address these issues in a responsible and thoughtful manner.

For Oregon’s licensed growers, however, the new tracking measures that the commission is instituting are just more regulatory hurdles that illegal growers can ignore. Pete Gendron, the president of a grower’s association, claims that licensed growers are not diverting product to other states. He says: “I don’t think there’s a single instance where it’s been demonstrated that somebody is attempting to divert product.” Licensed growers claim that the risk of diverting their product to the black market outweighs the rewards.

So many growers in Oregon have applied for licenses that the commission has stopped accepting new applications to deal with the backlog. Small growers complain that they are in danger of losing their businesses as the glut of product reduced prices a reported 50 percent or more. The state’s Office of Economic Analysis offered a blunt assessment in a report titled Oregon Economic and Revenue Forecast March 2018: “Marijuana is a commodity and eventually will be commoditized. How far and how quickly prices decline is a risk to the outlook for tax collections.” As Oregon’s market experiences growing pains, those who were first to obtain licenses may be the ones feeling that pain the most.

What do you think? Will Oregon’s first growers leave the market? Will the market stabilize? Leave a comment below.