That Smell in the Air in NYC? It’s Marijuana

Ah, the sweet smell of marijuana: dank, earthy, skunky. You could probably get the same experience by sticking your nose into a giant pile of dirt. 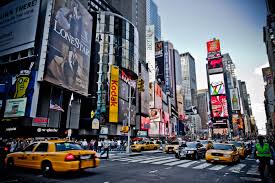 But to those who know the aroma well, it’s like the beacon of a lighthouse, guiding stoners to the happiest place on Earth. And now, apparently, there’s a lot more of it lingering in the air.

Late last year, New York Mayor Bill de Blasio moved to decriminalize marijuana in the city. The drug was already decriminalized under a state law dating to the 1970s, but the NYPD simply ignored that policy for many years.

The smell in the air is changing

In the wake of decriminalization, New Yorkers say they’re noticing one major change: The air smells like pot. A lot of pot. And they say they can smell it almost anywhere: walking down the street, jogging in public parks, leaning out their apartment windows.

“You know, I smelled it in the air the other day but I didn’t take any notice because, you know, sometimes kids,” one New Yorker told the local Fox affiliate.

Another resident, quoted at a public park, said the smell is becoming more noticeable around the city.

“I’ve seen it coming from adults, kids and teenagers,” the woman said.

More prominent throughout the city

Locals said they’ve even noticed a big increase in the public park near Gracie Mansion, the mayor’s formal residence. NYPD Commissioner Bill Bratton, head of the nation’s largest police force, said pot arrests are down this year – way down. That may help explain why the drug has made its way into the open.

Last year, de Blasio changed city policy so people caught with 25 grams or less will receive civil citations that require them to pay small fines. There is no longer any threat of jail time for simple possession of cannabis.

A local psychologist and mental health expert, Jeff Gardere, told the TV station that cannabis would likely become more widespread now that people don’t have to fear the police.

Naturally, no one has been able to explain why this would be an inherently bad thing. Some of those experimenters might choose cannabis over booze, and that’s a result we should all encourage.